Government released new guidelines for social media on February 25th. The guidelines allow more control over social media apps and include a claim that apps must answer to the government’s request to take down certain posts and messages, as well as finding identities behind messages on apps like WhatsApp.

The new guidelines are meant to protect user privacy online, but many social media users are opposed to the new rules and see them as the government’s way of monitoring people’s online presence. WhatsApp is very popular in India and is used by around 530 million people locally. Other than that, other online platforms may be affected by these new guidelines.

WhatsApp is a popular chatting and conversation app that is used all over the world. It is an American freeware, voice-over-IP, and cross-platform that lets you communicate with others through texts and voice messages. You can chat with one person at a time or create groups within your contacts. You can also share pictures and videos with your friends and even video chat. WhatsApp was released in January of 2009 and has since become a staple app in most people’s smartphones and tablets.

It is free of charge and uses WIFI to send messages. It was founded by former Yahoo! employees, Brian Acton and Jan Koum. India is among the countries where many people prefer WhatsApp as their communication app. We can also see that companies such as AirAsia are on WhatsApp. 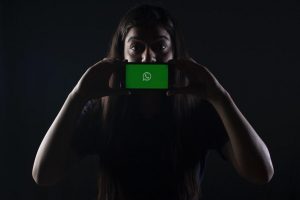 Earlier this year, on January 4th, the app revealed that they are creating policies that allow them to share personal information, such as phone numbers, IP addresses, and payments with the network of Facebook. Yet another claim that raised concerns in India, because the Indian users valued their previous online privacy. This all happened during one of the regular updates, which we often install without thinking too much about it.

Government is stepping in and protecting the users of WhatsApp. These new guidelines for online platforms may affect other social media platforms but WhatsApp. Whether it’s going to affect other online media is still unknown. There’s an obvious parallel to draw between social media like WhatsApp and other online social platforms like chat forums or gaming forums, where you can challenge and play against other people, and where a lot of information is given to the machinery behind the platform. A good example is entertainment platforms with lucrative options. In India a lot of people use online casino apps — 80% have admitted gambling each year, which means that thousands of people share their personal information all the time.   But it all depends on whether the platforms are sharing the information of users with third parties.

NIT Andhra Pradesh witnesses Increase in Campus Placements during 2020-21, despite the Pandemic

Beyond 8 opens its first Centre in Bengaluru