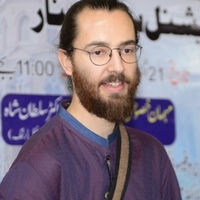 Aligarh : Dr Arian Hopf, faculty member of Urdu language at the South Asia Institute, University of Heidelberg, Germany traced the conceptions of religion and Islam in the Aligarh Movement and the process through the history of South Asian Islam.

He was delivering an invited online talk on ‘Translating Islam, Translating Religion: Conceptions of Religion and Islam in the Aligarh Movement’ of the Department of Foreign Languages, Aligarh Muslim University (AMU).

“Religion is often perceived as an unequivocally defined concept. However, a historic perspective raises questions about this understanding and there is a need to understand religion as a larger concept focusing on the process of negotiation with other religions”, said Dr Arian.

He pointed out: “In particular, the 19th century is of special interest, as the colonial encounter intensified tremendously in South Asia. The religions of South Asia were scrutinised, categorised and compared to Christianity by Europeans, which led to the development of religion as abstractum”.

Dr Arian analysed responses to the translation of Islam as a religion as well as an adaption of the concept of religion itself.

“The Aligarh Movement is of particular interest in this regard, as it intensively engages in these debates, trying to integrate a re-interpretation of Islam in various discourses”, he said.

Dr Arian also spoke on the contributions of Sir Syed Ahmad Khan, Khwaja Altaf Husain Hali and other leaders of the Aligarh Movement.

Presiding over the online talk, Prof Jawaid Iqbal (Dean, Faculty of International Studies) deliberated the role of South Asia Institute, University of Heidelberg in the field of literature, language, sociology and culture of the South Asian region.