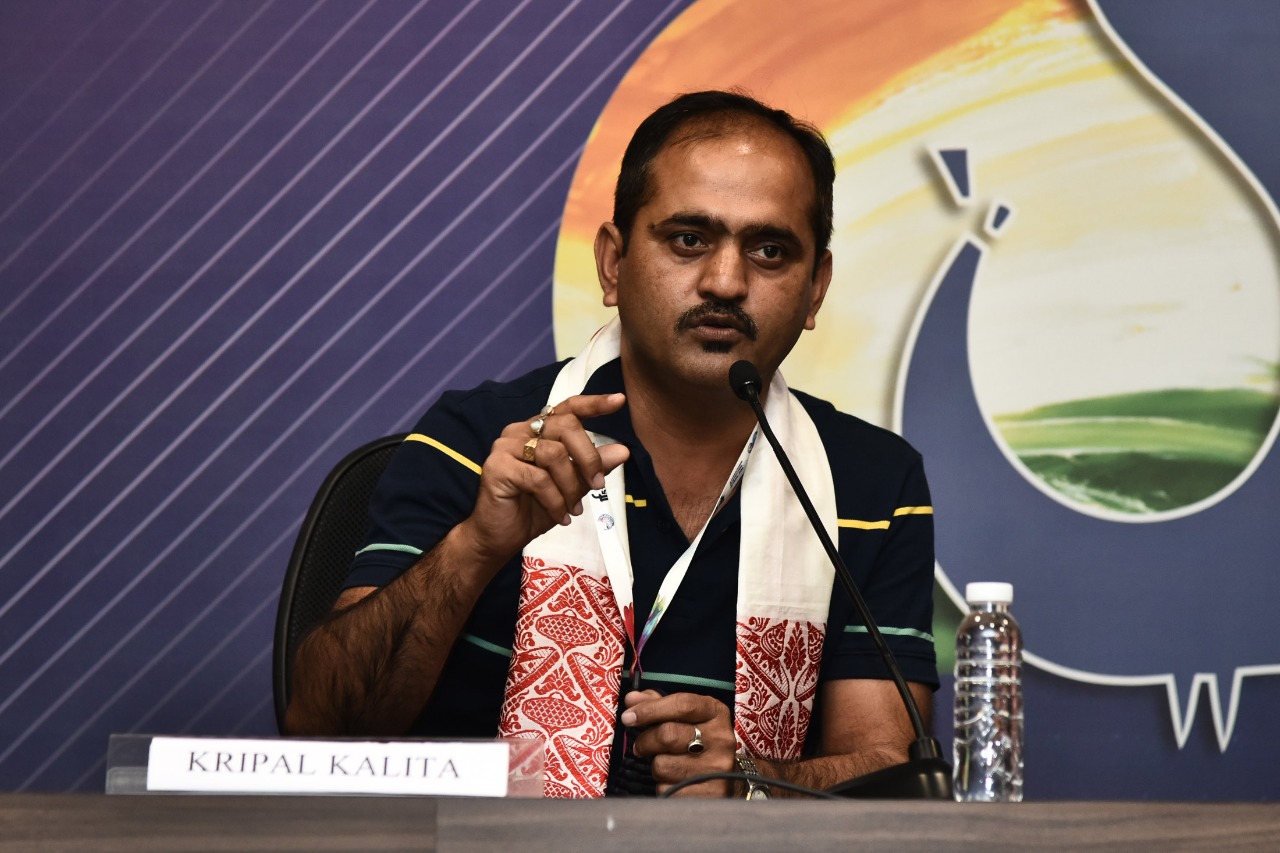 New Delhi: Kripal Kalita’s Assamese language film ‘The Bridge’ throws light on the devastations and hardships that floods bring to Assam villages every year. “There is no solution in sight for this problem. I, being a farmer’s son hailing from rural Assam, have faced this”, said Kalita, while addressing a press conference today, at the 51st International Film Festival of India (IFFI), being held in Goa, on the IFFI 51 Indian Panorama Feature Film. National Award-winning film director and script-writer Blessy Ipe Thomas was also present at the media briefing, to speak about his 2019 documentary ‘100 Years of Chrysostom – A Biographical Film’, which is being showcased in the Indian Panorama Non Feature Film Section of IFFI 51.

Every year, the mighty Brahmaputra and its tributaries flood many villages and ruin cultivation. Kalita said that the film’s protagonist Jonaki goes through an unusual struggle caused by floods. Her plight gets aggravated by the absence of a bridge over the river. But, in the end, she becomes empowered, signifying “life must go on”.

Kalita, an independent film-maker, coming from a theatre background, have taken mostly newcomers as crew and cast for the film. “Shiva Rani Kalita who plays the role of ‘Jonaki’ was chosen after a screen-testing done on 300 college-goers and theatre artists. The film, made with limited resources, was shot in a real flood situation in Upper Assam. For a particular shot, the crew had to remain submerged in flood-water for seven hours. Even real scenes of people struggling in the flood waters have been used in the film.”

Speaking about the challenges he has been facing in film distribution, Kalita said: “Many theatres are remaining closed because of the lockdown due to COVID-19.”

In reply to a media query, he expressed the desire to make a big-budget film on Ahom King Chaolung Sukaphaa who came from Thailand in the 13th century and set up an Assamese kingdom, especially given that the king too had to face the problem of floods caused by Brahmaputra and its tributaries.

Speaking about the problems confronting his state, he said, migration of local people elsewhere in search of better employment is thwarting economic development in Assam.

Blessy Ipe Thomas’s 2019 documentary ‘100 Years of Chrysostom – A Biographical Film’ captures the thoughts and emotions of 103-year-old Bishop Philipose Mar Chrysostom Mar Thoma Valiya Metropolitan. He is the longest serving bishop of a Christian church in Asia and one among the longest in the history of Christianity. He became the Mar Thoma Valiya Metropolitan in 2007, and was awarded the Padma Bhushan in 2018. His life is an epic chronicle of India’s political and social history of the last century, starting from the final years of the First World War. “I am too much inspired by his thoughts”, states the Director and adds, “This documentary aims to take forward his vision for the coming generations”.

“Being sensitive to sound is essential, especially the natural and atmospheric sounds, as they add up to the narrative”: Prof. Madhu Apsara, Associate Professor, FTII

It is the fifth version of Sarfarosh 2 script which got finalized: Veteran Film-maker and IFFI 51 Indian Panorama Jury Chairperson John Mathew Matthan

iednewsdesk Jan 23, 2022
A few years ago, a CRISPR activator (CRISPRa) gene-editing technique was successfully developed in a…