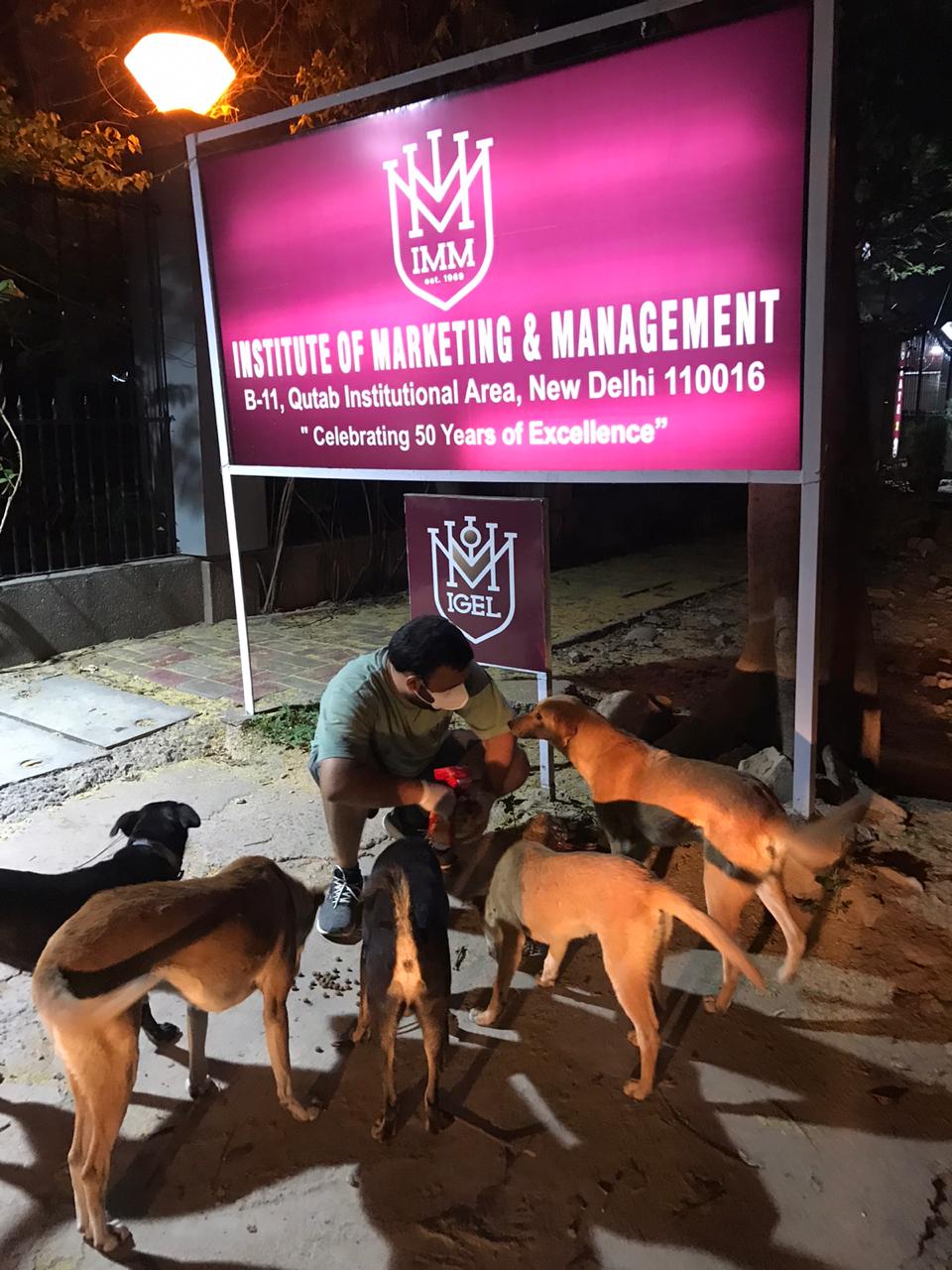 Out on the stress , Team of Varenyum come on the aid of homeless & stray animals amid COVID 19!

New Delhi: In these challenging times when humanity has been relentlessly battling a viral epidemic, some people have shown exemplary courage and selflessness in helping others. It’s because of such souls that humanity will undoubtedly overcome this foe.

In a bid to fight the menace of COVID-19, Shri Manu Singh, Chairman of Sarva Dharma Samvaad & Chief Mentor Varenyum, along with his team of individuals dedicated to the cause of humanity, has undertaken several relief initiatives. He has been helping the fellow underprivileged and needy people, by distributing cooked meals and ration packets. He has also been helping the people suffering from mental issues because of the necessary lockdown by constantly providing psycho-spiritual counseling.

One of his most noble initiatives are that he has been taking care of the stray animals that have been very seriously affected because of the COVID-19 pandemic. Now, these animals aren’t directly affected by the virus, but they depend a lot on us humans to provide them with food, water, and love – which have all been absent from their lives ever since the lockdown has been put into place. This means that these are very distressing times for them. Many animal welfare activists have expressed grave concerns over their plight, and believe that the scarcity of food could turn out to be a trigger for promoting competitiveness. This may lead to aggressive behavior among the strays.

Many people have abandoned their sick pets amid the lockdown because they weren’t able to get access to regular treatment. Another unfortunate thing is that the stray animals are being ostracized because of the fear of contracting the COVID-19 infection from them. Health organizations have debunked this claim, however, and this irrational fear is only gripping people because of widespread misinformation.

“Animals not only require regular meals, water, medication, healing (in case of injury and illness) and care, but also, most importantly, they need our time and love – we must play with them and pat them, and caress them, as they too suffer the consequences of this forced isolation,” said Mr. Manu Singh, Chairman of Sarva Dharma Samvaad & Chief Mentor Varenyum.

He also states that when he began this endeavor with his friends, the strays, especially the dogs who depended on restaurants and other small food outlets for daily meals were living in appalling conditions. He recounts that some of them were reduced to mere skeletons, while several others had maggot-infested wounds. He thus began taking care of these strays and declares that from the first day itself, it has been like worship for him and that it fills his heart with a lot of happiness.

“The love these animals shower upon me, and the way they wait for me, and the look in their eyes is so heart-warming, it’s beyond words,” he further added.

In these challenging times when all the humans have united in battle against a viral epidemic, some people have shown exemplary courage and selflessness in helping others. It’s because of such souls that humanity will undoubtedly overcome this foe.

Rise Against Hunger India (RAHI) distributes 2.5 million meals to the vulnerable groups during the COVID-19 pandemic