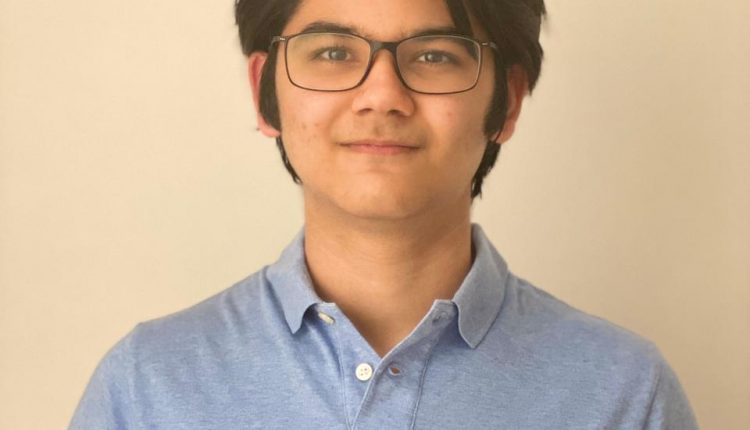 Mumbai : Shiv Kampani, aged 17, from Mumbai has been recognised with the highest accolade a young person can achieve for social action or humanitarian efforts – The Diana Award.

Established in memory of Diana, Princess of Wales, the Award is given out by the charity of the same name and has the support of both her sons, The Duke of Cambridge and The Duke of Sussex.

Four years ago, an uncontrollable fire broke out in Shiv’s high-rise building. The event was traumatic, and Shiv wanted to ensure no one else would have to go through the same. First, Shiv created a smart gas leak and fire detector, then a 3D simulation game ‘Fire Escape’, which has been adopted by the ‘Fire and Security Association of India’. Shiv then turned his talents to developing a low-cost robot to clean Mumbai’s sewers, deadly and dehumanising work currently falling to those at the very bottom of the caste system. When the pandemic hit, he went on to develop a contact-tracing website and an online learning platform to help close learning gaps.

Tessy Ojo, CEO of The Diana Award, said, “We congratulate all our new Diana Award recipients from the UK and around the globe who are changemakers for their generation. We know by receiving this honour they will inspire more young people to get involved in their communities and begin their own journey as active citizens.  For over twenty years The Diana Award has valued and invested in young people encouraging them to continue to make positive change in their communities and lives of others.”

Award recipients have been put forward by adults who know the young people in a professional capacity and recognised their efforts as a positive contribution to society. Through a rigorous nomination process, these nominators had to demonstrate the nominee’s impact in five key areas: Vision, Social Impact, Inspiring Others, Youth Leadership, and Service Journey.

There are 12 Diana Award Judging Panels representing each UK region or nation and a further three panels representing countries outside of the UK. Each panel consist of three judges; one young person, an education or youth work professional, and a business or government representative. The panels have an important main purpose: to determine which nominations from each UK region/nation/country will receive The Diana Award.

Nominations are judged using the Criteria Guide and Scoring Guide which have been created to measure quality of youth social action.