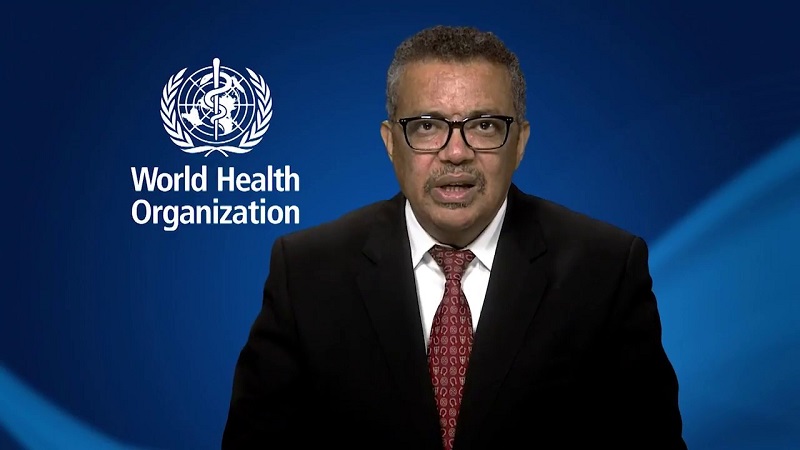 As World Malaria Day approaches, more than 1 million children in Ghana, Kenya and Malawi have received one or more doses of the world’s first malaria vaccine, thanks to a pilot programme coordinated by WHO. The malaria vaccine pilots, first launched by the Government of Malawi in April 2019, have shown that the RTS,S/AS01 (RTS,S) vaccine is safe and feasible to deliver, and that it substantially reduces deadly severe malaria.

These findings paved the way for the historic October 2021 WHO recommendation for the expanded use of RTS,S among children living in settings with moderate to high malaria transmission. If widely deployed, WHO estimates that the vaccine could save the lives of an additional 40 000 to 80 000 African children each year.

More than US$ 155 million has been secured from Gavi, the Vaccine Alliance to support the introduction, procurement and delivery of the malaria vaccine for Gavi-eligible countries in sub-Saharan Africa. WHO guidance is available to countries as they consider whether and how to adopt RTS,S as an additional tool to reduce child illness and deaths from malaria.

“As a malaria researcher in my early career, I dreamed of the day we would have an effective vaccine against this devastating disease,” said Dr Tedros Adhanom Ghebreyesus, WHO Director-General. “This vaccine is not just a scientific breakthrough, it’s life-changing for families across Africa. It demonstrates the power of science and innovation for health. Even so, there is an urgent need to develop more and better tools to save lives and drive progress towards a malaria-free world.”

Prospects for new interventions
RTS,S is a first-generation vaccine that could be complemented in the future by other vaccines with similar or higher efficacy. WHO welcomes progress in the development of R21/Matrix-M and other malaria vaccine candidates in early clinical development. The successful completion of clinical trials for these vaccines will be important to assess their safety and efficacy profiles. WHO also welcomes the news from BioNTech, manufacturer of the Pfizer-BioNTech COVID-19 vaccine, that it aims to develop a malaria vaccine using mRNA technology.

In the field of vector control, a number of new tools and technologies have been submitted to WHO for evaluation. Should they demonstrate efficacy in controlling the disease, WHO will formulate new recommendations or amend existing ones to support their deployment. These include, for example, new types of insecticide-treated nets, spatial mosquito repellents, gene-drive approaches and sugar baits designed to attract and kill Anopheles mosquitoes.

There are also new medicines in the pipeline. WHO welcomes the recent approval by the Australian Therapeutic Goods Administration of dispersible tablets of single-dose tafenoquine for the prevention of P. vivax malaria among children. Tafenoquine has also been approved for use in adults by the US Federal Drug Administration and by drug regulatory bodies in other countries, including Brazil, Peru and Thailand. As a single dose, tafenoquine is expected to support patient adherence to treatment. The current standard of care requires a 7- or 14-day course of medication.

A number other antimalarial medicines with new modes of action are being developed for the treatment of uncomplicated and severe malaria. Ganaplacide-Lumefantrine, currently in a Phase II clinical trial, is the first non-artemisinin combination therapy and could be an asset in fight against emerging drug-resistant malaria in Africa.

In addition to drug resistance, WHO has reported other pressing threats in the fight against malaria, such as mosquito resistance to insecticides, an invasive malaria vector that thrives in urban and rural areas, and the emergence and spread of mutated P. falciparum parasites that are undermining the effectiveness of rapid diagnostic tests. Innovation in tools and strategies will be critical to contain these threats, together with a more strategic use of the tools that are available today.

More investment needed
According to the 2021 World malaria report, global progress in reducing malaria cases and deaths has slowed or stalled in recent years, particularly in countries hardest hit by the disease. The report notes the need for continued innovation in the research and development of new tools if the world is to achieve the 2030 targets of the WHO malaria strategy.

Funding for malaria-related research and development reached just over US$ 619 million in 2020. An average annual R&D investment of US$ 851 million will be needed in the period 2021–2030.

Making better use of the tools we have now
Reaching global malaria targets will also require innovations in the way that currently available tools are deployed. Through the “ High burden to high impact” approach, launched by WHO and the RBM Partnership to End Malaria in 2018, countries hardest hit by malaria have been collecting and analysing malaria data to better understand the geographical spread of the disease.

Instead of applying the same approach to malaria control everywhere, they are considering the potential impact of tailored packages of interventions informed by local data and the local disease setting. These analyses will enable countries to use available funds in a more effective, efficient and equitable way.