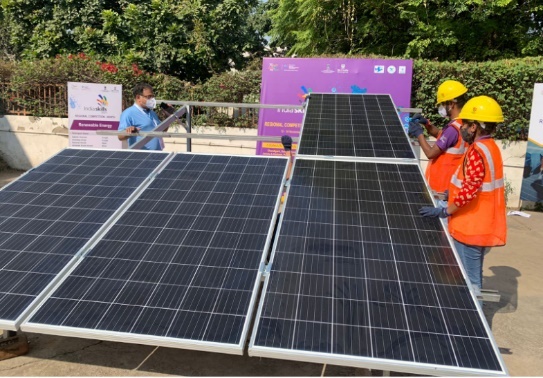 Over 450 candidates show their talent at IndiaSkills Regional Competition, North

New Delhi: Contenders from eight states and union territories (Chandigarh, Delhi, Haryana, Himachal Pradesh, Jammu & Kashmir, Punjab, Uttarakhand, and Uttar Pradesh) are showcasing their skills at the two-day IndiaSkills Regional Competition-North being organized in the capital city, Chandigarh. The young competitors are participating in several skills including new-age trades with complete enthusiasm and fervor. The inaugural ceremony took place on November 15, hosted by the National Skill Development Corporation (NSDC) at Inderdhanush Auditorium, Panchkula, Haryana in the presence of Shri Banwarilal Purohit, Governor of Punjab and Administrator, Union Territory of Chandigarh.

Over 450 young participants, aged between 19 and 24 years are competing in over 45 skills including Autobody Repair, Beauty Therapy, Painting and Decorating, Welding, Mobile Robotics, Patisserie and Confectionery, Health and Social Care, Plumbing and Heating, Wall and Floor Tiling, Concrete Construction Work, Cyber Security, Carpentry, among many others. The skill competitions are being held at 14 Partner Institutes— Chandigarh (12), Himachal Pradesh (1) and Uttar Pradesh (1) – (Details in Annexure).

IndiaSkills is designed to demonstrate the highest standard of skilling in the country and make vocational training aspirational for the Indian youth. The winners of IndiaSkills 2021 North will compete with the Gold and Silver medalists of other regions- East, West and South in the IndiaSkills National Competition 2021 to be held in Bangalore, Karnataka from 23-27 December. The final participants from these competitions will undergo rigorous training of about nine months, before they represent India on the global stage at WorldSkills Shanghai, China in October 2022.