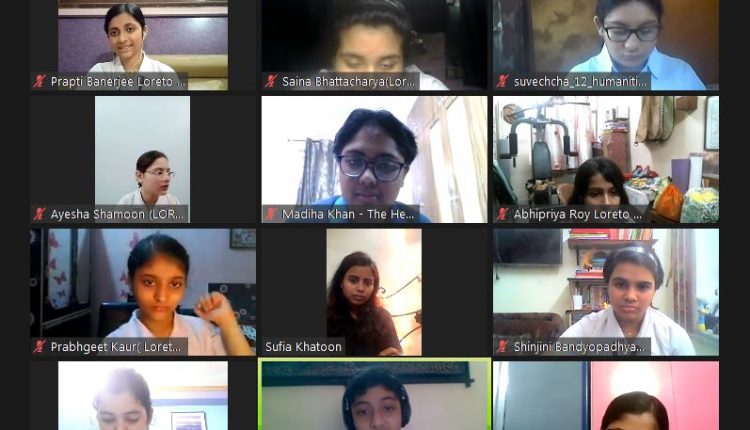 Kolkata : Oxford Bookstore Kolkata partnered with Prabha Khaitan Foundation and Muskaan and celebrated Earth Day 2021 with an array of interactive activities which included a poster making competition, an elocution competition and a book reading by author Bijal Vachharajani in association with Talking Cub, Speaking Tiger via Zoom. These online events engaged over 150 children from various schools, shelter homes, and NGO’s all across the country.

ASDC hosts Partners Forum to upskilling the workforce in the…

Many forests have been engulfed by the burning fires, the Sunderbans were cruelly subjected to the super cyclone Amphan, Uttarakhand experienced one of the worst landslides in its history; all in the last one year. Keeping these interpretations in mind, around 96 entries were received for the poster-making competition – The Burning Earth. The competition was held for Ages 10 to 18 years and six winners were judged in two groups. Shruti Narayan, Artist and Art Mentor judged the competition and the declared winners were Group A (10-14 years) – Rhea Rao, Bhuvi Daga and Madhushruti Niyogi and Group B (15-18 years) – Leanna Angela, Baidurja Chatterjee and Tanushree Doloi.

When one talks about the environment one recollects the works of champions and activists like Sunderlal Bahuguna the force behind the Chipko movement or Greta Thunberg, the Swedish activist. Without these world leaders, the disturbed harmony between man and nature would have further widened. The elocution competition held on 22 April on the subject Earth Champions saw 15 young minds discuss about the champions of Earth through their original or published poems and speeches. The pieces talked about activists, individual activism, creating awareness, and the beauty of Mother Nature which individuals must preserve in order to survive on this planet. Sufia Khatoon, Poet, Editor, Author of Death in the Holy Month Shortlisted for Yuva Puraskar Sahitya Akademi 2020, judged the competition and four winners were declared – Group A (10-14 years) – Hayah Maryam Salim and Prapti Banerjee and Group B (15- 18 years) – Suvechcha Sarkar and Madiha Khan.

Oxford Bookstore has firmly believed in inculcating the habit of reading in children from a young age and thus organizes various interactive reading sessions with authors. On the occasion of World Earth Day it teamed up with Talking Cub, Speaking Tiger and hosted an interactive session with Author Bijal Vachharajani around her book ‘A Cloud Called Bhura’ on 24 April. A story much needed at this hour, A Cloud called Bhura reiterates the global climate changes and the adverse effects it has on the planet and mankind. The session saw over 30 enthusiastic children interacting with the author where she planted a thought in their minds as how each one can become an Earth Champion through their individual actions.