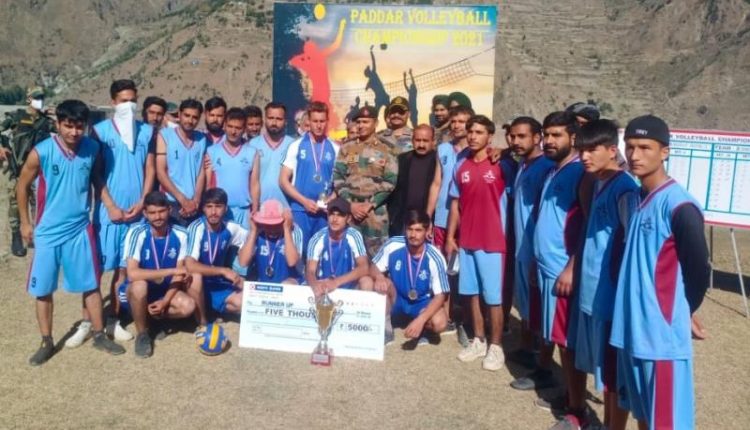 Paddar Volleyball Championship was hosted by Army with the aim to nurture local sports talent and encourage the young minds to participate in constructive activities. The final match was played at Padhyarna Nagseni.

Speaking on the occasion, Commanding Officer, 17 RR (MARATHA LI) appreciated all teams for coming out and taking part in the tournament and wished everyone for healthy and competitive tournament.

The officials from Youth Services and Sports department Kishtwar, other govt officials besides Sarpanches were present at the event. The PRI lauded the initiatives and expressed that such initiatives by Indian Army will aid in developing sportsmanship spirit amongst the youth and engage them in constructive and nation building activities.

Eindhoven University of Technology: i-Cave: the future of moving forward

‘Symposium on Film Tourism’ to be held in Mumbai tomorrow