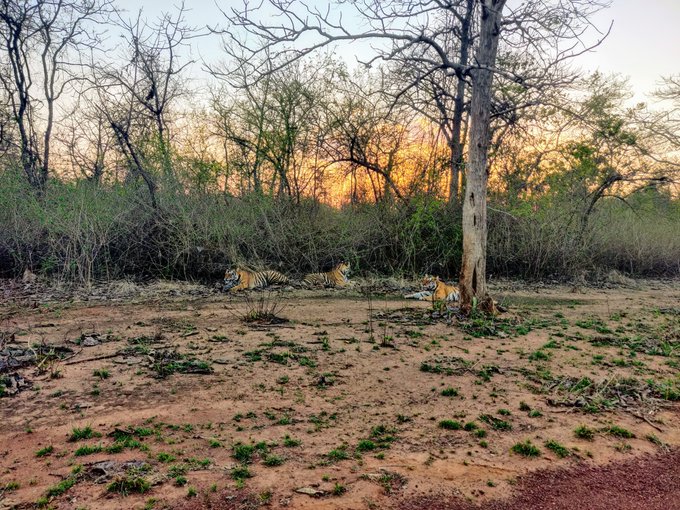 UNESCO’s Man and the Biosphere (MAB) programme today included Panna in India and Fuvahmulah and Addu Atoll in the Maldives, to UNESCO’s World Network of Biosphere Reserves. For India it is the twelfth entry, whereas for Maldives second and third after Baa Atoll.

In total 25 new sites were added, one of them transboundary, in 18 countries to the World Network of Biosphere Reserves, which now numbers 714 biosphere reserves in 129 countries around the globe. The International Co-ordinating Council of UNESCO’s Man and the Biosphere Programme (MAB-ICC) meeting online from 27 to 28 October approved these additions along with the extension or re-zoning of five existing biosphere reserves, which in most cases also led to a change in their official names.

The need to improve the existing biosphere reserves and particularly local ownership were also highlighted in the series of webinars entitled “Pockets of Hope” organized by UNESCO New Delhi earlier this year, in partnership with the Ministry of Environment, Forest and Climate Change, Government of India, National Biodiversity Agency of India, WWF-India, TERI (The Energy and Resources Institute), and Surabhi Foundation. In the management of the biosphere reserves, many members during the meeting emphasized the importance of involving the local multi-stakeholder entities, all socio-economic sectors, government, civil society and private sector.

UNESCO biosphere reserves seek to reconcile human activity with the conservation and sustainable use of biodiversity. They are a central element of UNESCO’s research and awareness-raising work to foster innovative sustainable development practices and combat the loss of biodiversity supporting communities and Member States’ understanding, valuing and safeguard the living environment.

New biosphere reserves are designated every year by the MAB programme’s governing body, the International Co-ordinating Council which has a rotating elected membership of 34 UNESCO Member States.

Established by UNESCO in 1971 as an intergovernmental scientific programme, the Man and the Biosphere programme pioneered the idea of sustainable development.

Panna Biosphere Reserve (India)
Located in the centre of India, in the state of Madhya Pradesh, Panna is characterized by forests and marshy vegetation, with an abundance of rare medicinal plants as well as other non-timber forestry products, such as Kattha, gum and resins. It is a critical tiger habitat area and hosts the Panna Tiger Reserve, as well as the World Heritage site of the Khajuraho Group of Monuments. The area has undergone substantial ecosystem restoration in the buffer zone. With only three urban centres and over 300 villages, agriculture is the main source of income, together with horticulture, forestry, and culturaland eco-tourism.

Fuvahmulah Biosphere Reserve (Maldives)
A large island in the southern part of the Maldives, the biosphere reserve encompasses an entire atoll ecosystem, including the most diverse of coral ecosystems in the country with healthy habitats and unique coral sand beach formations. The surface of the island is in the form of a very shallow bowl with two mangroves and wetlands (locally known as Kilhi) at medial low points, forming two small linked sub-catchments. These Kilhis have influenced the lifestyle of the island’s inhabitants, who make a living mostly with tourism, small-scale fishing and agriculture

Addu Atoll Biosphere Reserve (Maldives)
Addu, the southernmost atoll of the Maldives, comprises a total of 30 islands, 17 of which are uninhabited. It is one of the most diverse coral reef ecosystems in the Maldives including lagoons, reef passes, seagrass beds, sandbanks, coral islands, lush tropical vegetation, mangroves, wetlands, brackish lakes locally known as kilhis, agricultural land and residential areas. About 14,352 ha of its total area of 17,174.40 ha are marine areas, with an outstanding biodiversity that includes over 1,200 fish species. It is home to internationally threatened species and an important habitat for migratory birds. Most of the inhabitants make a living from fisheries and tourism related to underwater sports. The Maldivian atolls are severely threatened by rising sea levels due to climate change and by an increasing number of invasive alien species, both of which require action at the regional and global levels. The establishment of Addu Atoll Biosphere Reserve reinforces ongoing efforts to manage coral reef ecosystem services through sustainable development.