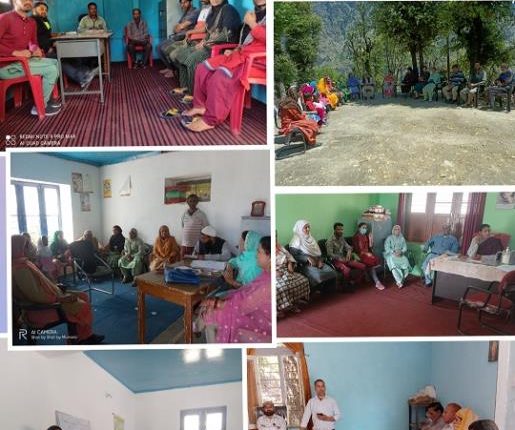 These meeting were organised in the presence of parents and PRIs.

The motive of the meetings was to update parents about the progress of their children.

To ensure the participation of parents and boost the morale of students, the HOIs and Education Department had approached the parents of every student in advance through media, said Sudershan Sharma, Chief Education Officer, Kishtwar.

They were showcased the development of the school and its infrastructure besides were acquinted about the performance of their wards, stated CEO Kishtwar.

Underscoring the importance of parents’ role in the studies of children, the CEO Kishtwar said that the initiative aims to develop the art of interaction between the teachers and parents to achieve targets of effective education at the school level.