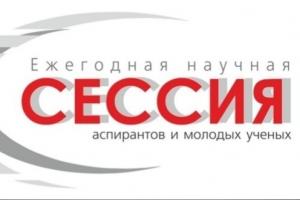 Participation in the scientific conference of the Vologda State University

Master’s student Ekaterina Morozova and graduate student Irina Chepurina – students at the Department of German Philology and Scandinavian Studies of PetrSU – took part in the All-Russian Scientific Conference as part of the Annual Scientific Session of PhD students and young scientists at Vologda State University, which took place on November 25 in a distance format.
The work of the section “Actual problems of philology” was supervised by E.N. Ilyina, Doctor of Philology, Professor of the Department of Russian Language, Journalism and Communication Theory of the Institute of Social and Humanitarian Sciences. The topics of the reports touched upon various aspects of Russian and foreign philology, as well as methods of teaching a foreign language and literature at school.

E. D. Morozova in her work presented at the conference on the topic “Signals-symbols as a way to create space in the poetry of Robert Frost (on the example of the collection” A Boy’s Will “)” considered such a method of modeling artistic space as using signal-symbols. In her research, the undergraduate student presented the classification of signal-symbols in the collection of poems by Robert Frost “A Boy’s Will”, and also paid special attention to the reader’s perception of the analyzed symbols in the work of the American poet. Also, the correlation of signal-symbols with physical and metaphysical spaces and the connection between these spaces was investigated.

I.V. Chepurina presented a report on the topic “The problem of individuation in the novel by G. Hesse” The Glass Bead Game “, in which she noted the distance of G. Hesse in the late period of creativity from the psychoanalytic ideas of C.G. Jung. The process of individuation, i.e. worried about Hesse, was analyzed by a graduate student in the text of the novel “The Glass Bead Game” based on the concept of Jung’s archetypes. The author of the study formulated possible reasons for Hesse’s deliberate refusal to depict a number of unconscious figures in the novel under consideration.

Congratulations to our representatives on a worthy presentation at a conference at Vologda State University!

Results of the conference “Tourism and Education: Research and Projects”