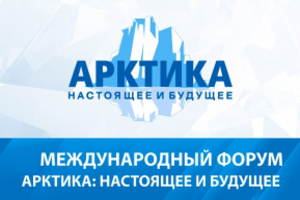 Participation of PetrSU scientists in the International Arctic Forum in St. Petersburg

Doctor of Biological Sciences, Professor of the Institute of Biology of Ecology and Agricultural Technologies L.A. Sergienko took part in the X International Forum “Arctic: Present and Future”, where she spoke in the thematic direction “Ecology and environmental protection” at the session “Conservation of biodiversity and development of the PA system in the Russian Arctic” with a report “Arctic coastal ecosystems – life at risk “. The forum was held in St. Petersburg from 10 to 12 December.
Despite the difficult epidemic situation, the 10th International Forum “The Arctic: Present and Future” was held in St. Petersburg. In total, 29 business events took place on the sidelines of the forum organized by the interregional public organization Association of Polar Explorers. 2,500 people from 70 regions of Russia took part in them, and a significant part of the expert community joined the discussion of topical issues of the development of the Arctic region online.

The plenary session “Priorities of state policy in the Arctic zone of the Russian Federation” opened with a welcoming speech by the head of the interdepartmental commission of the Security Council of the Russian Federation on ensuring Russia’s national interests in the Arctic, Deputy Chairman of the Security Council Dmitry Medvedev.

Over the past decade, the forum has gained wide public support and united everyone who is involved in solving problems related to the development of the Arctic,

– said in the report of numerous media covering this forum.

The moderator of the section “Conservation of biodiversity and development of the system of protected areas in the Russian Arctic” was I.A. Neverov, Chairman of the Committee on Nature Management and Ecology of the All-Russian Public Organization “Business Russia”. The discussion was also attended by: Minister of Ecology, Nature Management and Forestry of the Republic of Sakha (Yakutia), Chairman of the Standing Committee of the State Assembly (Il Tumen) of the Republic of Sakha (Yakutia) on issues of indigenous peoples of the North and Arctic affairs, Director of the Federal State Budgetary Institution “State Natural Reserve” Ust-Lensky “, Scientific Director of the WWF-Russia Biodiversity Conservation Program, Deputy Governor of the Murmansk Region, Acting Minister of Natural Resources and Environmental Protection of the Komi Republic, Acting Chairman of the Central Council of the All-Russian Society for Nature Conservation.

In his report, L.A. Sergienko spoke about the complex interaction of biotic and abiotic factors affecting the state of the Arctic ecosystems and assessed the significant risks for their existence in the Russian Arctic. The speaker added certain positions to the annual Resolution of the Forum: to initiate the creation of a group of national experts on coastal ecosystems, to conduct targeted monitoring of the biota of the Arctic shores and to centrally collect relevant data on various focal components of Arctic coastal ecosystems.