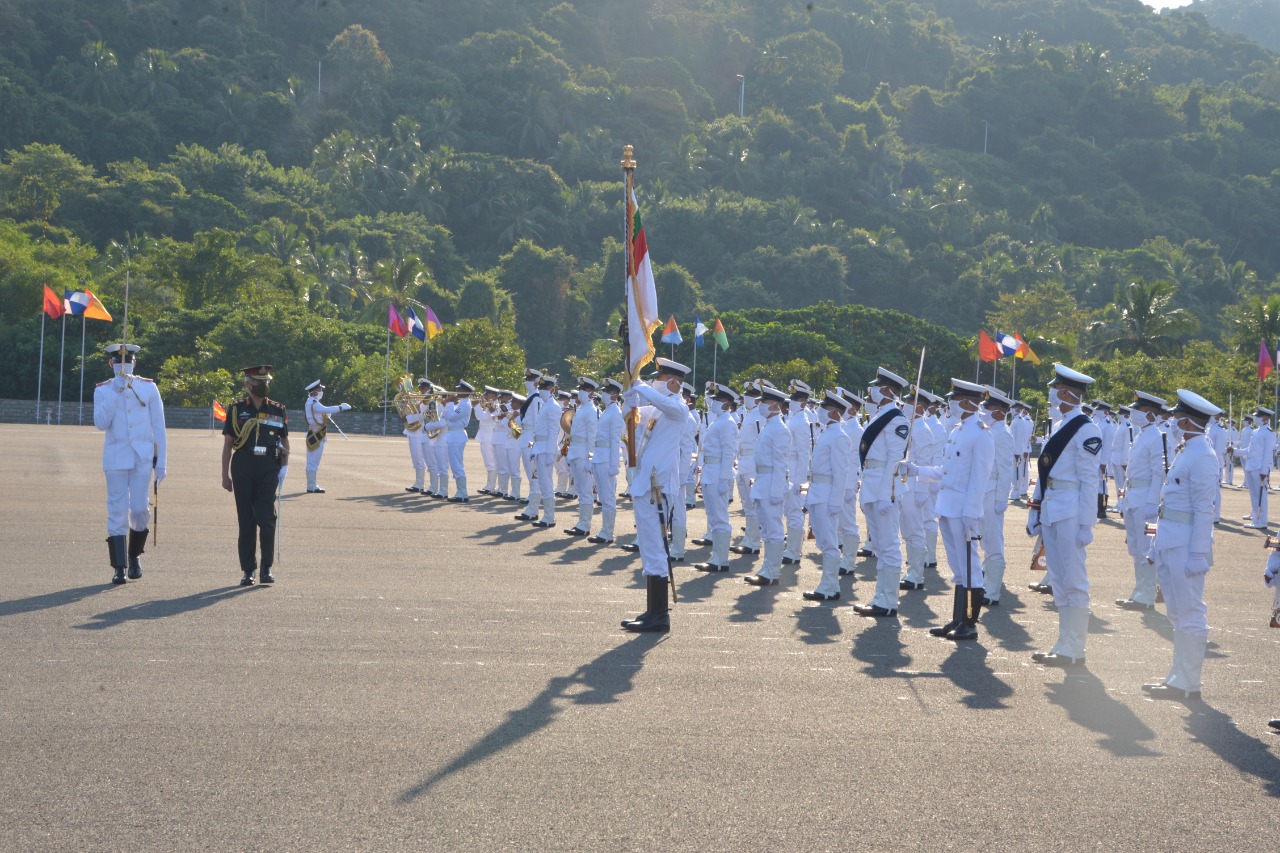 The parade was reviewed by General Manoj Mukund Naravane, PVSM, AVSM, SM, VSM, ADC, Chief of the Army Staff, who awarded medals to meritorious Midshipmen and Cadets on completion of the Ceremonial Review. Vice Admiral M A Hampiholi, AVSM, NM, Commandant, INA was the Conducting Officer.

PM Narendra Modi wishes Civil Servants on the occasion of…

General Manoj Mukund Naravane, PVSM, AVSM, SM, VSM, ADC, Chief of the Army Staff congratulated the cadets on parade for their impeccable turn out, smart drill and movements on parade. He reemphasised the Core values of Duty, Honour and Courage. The Reviewing Officer complimented the Instructors at INA for having moulded raw young boys into fine young officers.

The Reviewing Officer and other dignitaries shipped the stripes of the passing out trainees and congratulated them for their successful completion of the rigorous training. These officers will proceed to various Naval ships and establishments to further consolidate their training in specialised fields. Stringent precautionary measures instituted by the academy has helped in accomplishing the challenging goal of training about 800 cadets during COVID-19 and successful culmination of the Autumn Term 2020 at INA.

India Education Diary Bureau Admin Apr 21, 2021
Goa: Goa Board postpones 10th and 12th examinations. The Board will inform 15 days in advance before holding the…