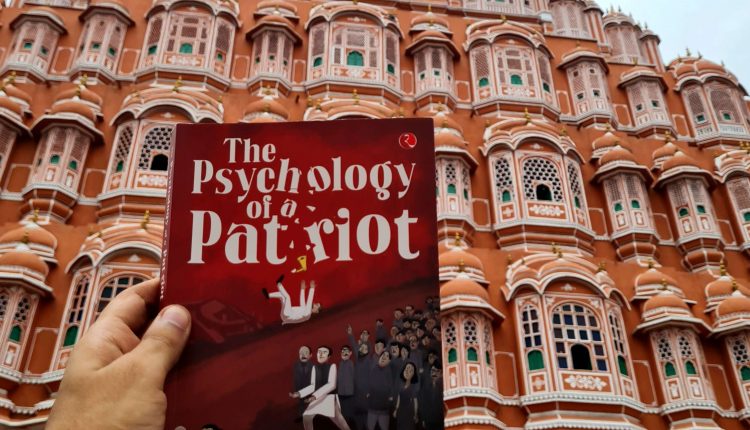 Jaipur : The Jaipur Literature Festival is known for bringing together writers, thinkers and public intellectuals from around the globe to the pink city for more than a decade. Like every year, a vast range of topics are once again set to be discussed at the annual gathering where patriotism is expected to be one of the key issues that will unfold with writer Saket Suman’s The Psychology of a Patriot taking the centerstage.

Published on Independence Day last year while India as well as the world at large was dealing with the implications of Coronavirus, the book has received glorious endorsements and reviews from renowned personalities.

“A vital argument about the very essence of patriotism and its consequences has been awakened in the Indian Polity,” JLF Producer Sanjoy Roy noted in his endorsement of the book.

Former Minister and bestselling author Shashi Tharoor described The Psychology of a Patriot as “the first draft of the recent history.”

The author of this enlightening book, Saket Suman will be participating in three sessions at the JLF.

In a much-anticipated session “Nationhood, Patriotism and Deshbhakti”, Suman is expected to spill the beans on the key arguments that have been put forth in his book that is replete with the use of literary devices, particularly satire. Suman has been known for his incisive opinion articles and has been unflinching in calling a spade a spade, often being the lone voice among the writers of his generation, who has vociferously called for the protection of freedom of speech and liberal values.

“We should stop concealing stories of our failures, lies and deceptions because patriots are not hypocrites,” he writes in The Psychology of a Patriot, which, according to Pritish Nandy, posits the question of what is patriotism and why is it given so much importance in today’s politics within the larger context of what humankind seeks for itself and for its future generations.

In another session titled “The Courage To Laugh”, he will be moderating the conversation on humour, which holds the power to puncture hypocrisy, vanity, prejudice, and of all human hurdles, even pain.

The Psychology of a Patriot book is a reporter’s chronicle spanning three generations, backed by first-hand accounts of luminaries, peppered with numerous anecdotes and a passionate examination of Suman’s own beliefs. It is as scathing in its takedown of bigotry as it is lucid in charting a blow-by-blow account of the changing definition of patriotism in India from the first war of independence to the pandemic.