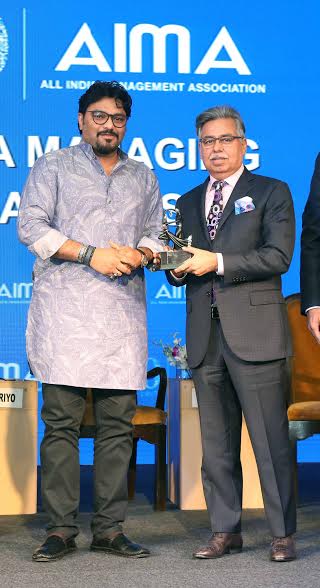 Hero MotoCorp, the world’s largest two-wheeler manufacturer, was adjudged the ‘Indian MNC of the year’ by AIMA at a glittering function in the national capital today.

Receiving the award, Mr. Munjal said “Brand Hero has expanded to 35 countries spread across Asia, Africa and Central and South America in a very short span of time since charting its solo journey in 2011. We added Argentina, the second largest two-wheeler market in Latin America, to our international footprint in January this year, where we also unveiled the new Glamour motorcycle in our first global product launch.”

Hero MotoCorp, which sold more than 6.6 million two-wheelers in FY’17, is the only Indian two-wheeler company to have a manufacturing facility in Latin America. Hero’s manufacturing plant is situated at Vila Ricca in Colombia.

Hero is also set to open its second global manufacturing facility in Bangladesh later this year.