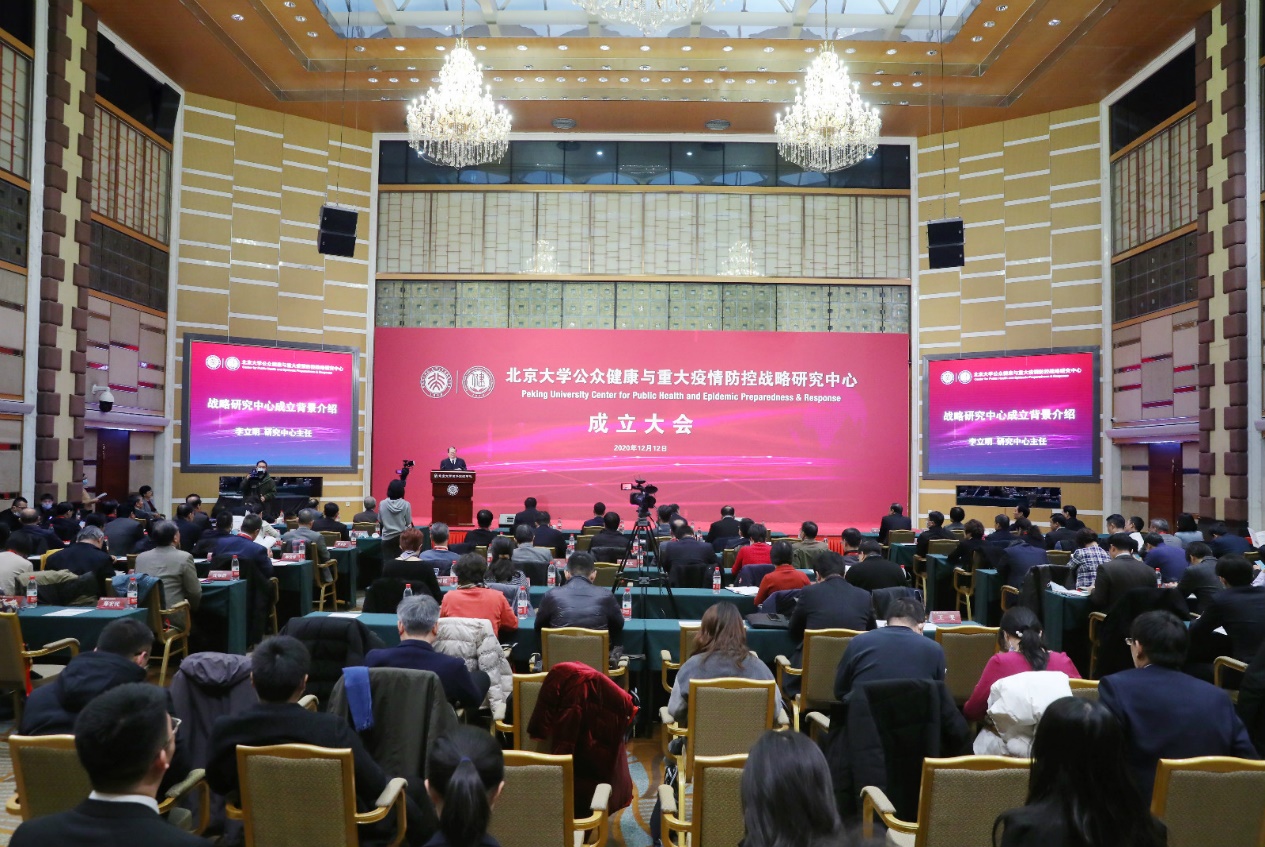 By India Education Diary Bureau Admin On Jan 13, 2021
Share
Peking : The inauguration ceremony of Peking University Center for Public Health and Epidemic Preparedness and Response (PKUPH&EPR Center) was held recently at Yingjie Exchange Center of Peking University. The meeting marks the beginning of the Center as a national think tank.

Hao Ping, president of PKU, announced the University’s decision on establishing the Center for Public Health and Epidemic Preparedness and Response (PKUPH&EPR). The Center is a physical academic institution of PKU. Li liming, distinguished Boya professor, is the director of the Center. The Center is composed of 3 committees–the Scientific Advisory Committee, the Academic Committee and the Management Committee, with President Hao, Academician Han Qide, dean of the Institute of Frontier Interdisciplinary Research, and Academician Zhan Qimin as committee chairman respectively. President Hao said that the Scientific Advisory Committee consists of a group of well-known experts from home and abroad and the Academic Committee is made up of experts in different academic fields including education and management.

Gauden Galea, WHO representative in China, Ma Xiaowei, director of National Health Commission of China, and Margaret Chan Fung Fu-chun, dean of Vanke School of Public Health of Tsinghua University and former director general of WHO, expressed congratulations on the establishment of the Center respectively.

An academic symposium was held immediately after the inauguration ceremony. Li Bin, deputy director of National Health Commission of China, and Zhan Qimin, chairman of the Management Committee of the Center, respectively delivered keynote reports entitled “Comprehensively Promoting the Construction of Healthy China” and “Reflections on Medical Development in the Context of Epidemic Prevention and Control”, which put forward the goals and directions for the PKUPH&EPR Center from the perspectives of national health strategy and the reform of post-epidemic medical education and public health education respectively.