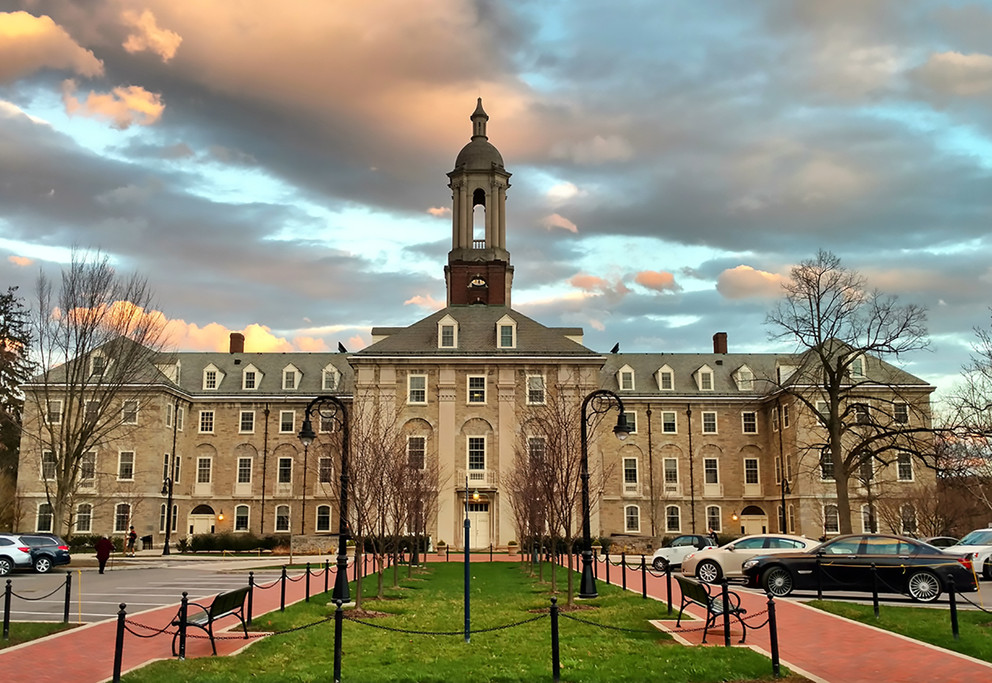 The University’s latest fundraising campaign, “A Greater Penn State for 21st Century Excellence,” concluded on June 30 after six years and set a new campaign fundraising record with a final total of $2,204,949,028 in support. The new all-time high for Penn State campaigns was reported today (July 22) to the Board of Trustees by Rick Sokolov, board member and “Greater Penn State” volunteer chair, and O. Richard Bundy III, vice president for development and alumni relations.

The achievement places Penn State among an elite group of colleges and universities nationwide, and the total reflects the largest single fundraising year in the University’s history, with commitments of more than $437 million from alumni and friends in 2021-22 that will meet priorities across Penn State.

“The strength and spirit of the Penn State community are breathtaking, and the success of this campaign reflects our shared belief in the limitless potential of the University and our students,” said President Neeli Bendapudi in response to the announcement. “The record-breaking total of ‘A Greater Penn State’ is also a mandate to me and all University leaders to keep the doors of higher education open to learners from every background, create transformative experiences for students and faculty, and impact the world through research and outreach to communities around the globe — the three imperatives of both the campaign and a land-grant institution. I am deeply grateful to every graduate and friend of Penn State who made a gift in support of the campaign’s vision and values.”

At an April 22 event in the Bryce Jordan Center, the University celebrated the success of “A Greater Penn State” in surpassing its $2.1 billion goal and joining a group of only 15 institutions nationwide that have raised more than $1 billion in three consecutive campaigns. “A Greater Penn State” built upon the success of “For the Future: The Campaign for Penn State Students,” which raised $2.19 billion from 2007 to 2014, and “A Grand Destiny,” which raised $1.37 billion from 1996 to 2003.

“This campaign’s ambitious six-year timeline reflected the urgency of its priorities, from helping students to graduate on time and start their careers to driving economic development across the commonwealth,” said Sokolov, who has served as volunteer chair since the campaign’s launch in 2016. “I am most gratified that more than 697,000 donors rallied to that call with gifts to the campaign. I am proud of what we have achieved together, and I am even prouder of what future generations will achieve and produce with the resources secured during this campaign.”


“A Greater Penn State” engaged donors as partners with the University in fulfilling a vision outlined by President Emeritus Eric J. Barron and supported through several matching programs for gifts to scholarships and economic development. The campaign was bookended by two, eight-figure gifts to name Penn State academic colleges: The Donald P. Bellisario College of Communications in 2017 and the Ross and Carol Nese College of Nursing in 2021. Support from donors fueled construction and renovation projects, including the creation of the new Palmer Museum of Art currently underway in the Arboretum at Penn State. “A Greater Penn State” also secured support at the grassroots-level from collective giving efforts, including record-breaking GivingTuesday campaigns and top results in joint fundraising initiatives with Big Ten peer institutions.

“The most remarkable measure of this campaign’s success is not only the final total, which sets a new standard for fundraising at the University, but also the breadth of support across the Penn State community,” said Bundy. “Even in the depths of the global pandemic, alumni and friends stepped up to meet the needs of our students and our institution. Surpassing the campaign’s goal has truly been a collective achievement — driven by our donors, volunteers, staff and leadership — and it sends a powerful message that no matter what challenges Penn Staters face, we will overcome them together.”

Other key achievements of the campaign include:

An eight-figure commitment from Gene and Roz Chaiken to grow their scholarship support in the College of the Liberal Arts, making them the largest scholarship donors in the history of the University.

A landmark gift from campaign vice-chair Peter Tombros and his wife Ann — Penn State’s 2022 Philanthropists of the Year — to create endowments for the Dean’s Chair in the College of Agricultural Sciences, the men’s basketball head coach position, the Cullen/Tombros Early Career Professorship in the College of Medicine, a first-of-its-kind fund for Penn State’s top leadership, as well as a fund for Musical Theatre.
Support for programs intended to create a more diverse and inclusive Penn State community, including a $15.5 million gift to establish the A. James Clark Scholars Program in the College of Engineering and over $11 million from donors, matched by more than $13 million in University funds, to endow Educational Equity Scholarships.

Scholarship gifts and matching funds that have created $93.3 million in endowed support for students in the Open Doors programs, designed to help undergraduates overcome challenges on the path to their Penn State degrees.

More than $25 million in support for the Invent Penn State initiative and other programs that encourage entrepreneurship and economic development across the Commonwealth, which was matched 1:1 with University funds.

Gifts from Dr. Keiko Miwa Ross, totaling more than $15 million, to name, create and transform spaces across the University, including support for the new Palmer Museum of Art, the Arboretum at Penn State, WPSU and the University Libraries.

More than $165 million raised for children’s health by Children’s Miracle Network, Four Diamonds and THON and through gifts made directly to Penn State Health Children’s Hospital.

A $25 million commitment from Highmark for research and care at Penn State Cancer Institute.

Support from the campaign’s volunteers, including a commitment from campaign chair Rick Sokolov and his wife, Susan, to name the Sokolov-Miller Family Financial and Life Skills Center.

Efforts that brought together donors at every level to support students in need, such as the Tackle Hunger and One Big Week challenges with Big Ten peers, the Student Care & Advocacy Student Emergency Fund, GivingTuesday and the Returning Seniors Fund for student-athletes whose collegiate careers were cut short by the pandemic.

Penn State partners closely with its supporters to ensure that gifts both fulfill the donors’ vision and meet the University’s needs. The institution is legally obligated to direct funds to the areas and purposes designated by donors, and it must steward endowed support — almost half of the $2.2 billion total raised — for ongoing, intergenerational impact. Only unrestricted support, which accounts for approximately 1% of total giving, can be used by the University to meet the most urgent needs of students and the institution.

Bundy stressed that philanthropy will continue to be essential to Penn State’s ability to fulfill its historic land-grant mission. “While this campaign may be over, our supporters have the opportunity to continue building upon its success and inspire our students, faculty and staff to even higher levels of achievement,” he said. “Giving back has become a Penn State tradition as meaningful as cheering on the Blue and White or raising our voices in the alma mater. Every graduate and friend of the University can continue that tradition with their support, and they can show the world that we believe a greater Penn State means a better future for all of us.”