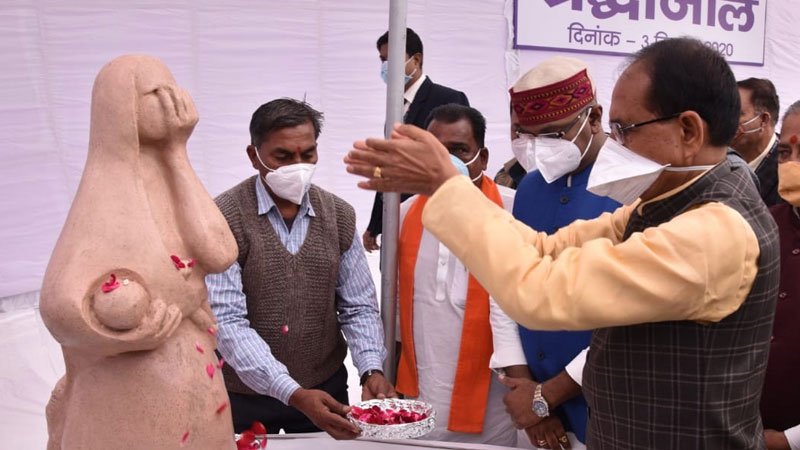 Pension of Kalyani sisters will be resumed, memorial will also be built: CM Chouhan

Bhopal : Chief Minister Shri Shivraj Singh Chouhan has said that the monthly pension of Rs one thousand to Kalyani sisters who were widowed in the gas tragedy will be resumed. This regular pension being given to Kalyani sisters which was discontinued in the year 2019, will be resumed. Chief Minister Shri Chouhan said that the capital should also have a special memorial related to the gas tragedy. Soon this will be made a Prakash Stambh Smarak which will serve as an inspiration. Shri Chouhan was addressing the all religions prayer meeting held on the 36th anniversary of Bhopal Gas Tragedy at Barkatullah Bhawan in Bhopal today. Chief Minister Shri Chouhan offered flowers on the symbolic portrait of the victims of Bhopal gas tragedy.

Chief Minister Shri Chouhan said that the gas tragedy victims have been exposed to serious health challenges. They are being provided complete treatment facilities on priority basis. In view of the Corona crisis period, special attention is being paid to the treatment of such patients. Not only this, the citizens of old and new Bhopal, are also getting clean Narmada water. Garbage disposal arrangements related to gas tragedy have been made. Necessary steps will be taken to further strengthen them. Chief Minister Shri Chouhan said that we have to make a human-friendly model of development. Let us save the environment and resolve that no city becomes Bhopal again.