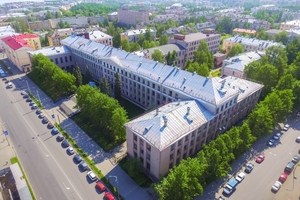 The average salaries of graduates have grown by 3000 rubles over the year and today they amount to 58,000 rubles a month. 86% of graduates stayed in the city of study, and the average score on the USE in 2020 for applicants upon admission was 73.3 points. Recall that PetrSU entered the top universities in terms of the level of salaries of young specialists employed in the IT industry – 100 thousand rubles.

In total, there are 20 places in the rating, which are distributed among 57 universities.

PetrSU student in practice at Ponsse