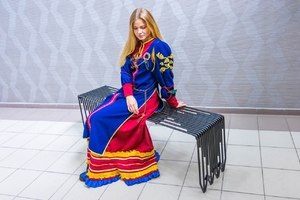 The management of Petrozavodsk State University received a certificate confirming that PetrSU was among the leaders of the study “Media Index of Universities in the Russian-speaking Information Field 2020”.
PetrSU is the leader in the direction “The number of mentions of the university in news reports of electronic media”.

The Universities Media Index project is being implemented by the Social Navigator for the second year.

According to the developers of the media rating, the study is carried out in the interests of studying the media activity of Russian universities, which demonstrates not only the level of internationalization of each university separately, but also the export potential of the higher education system as a whole.

The developers of the rating argue that the results of the study record not only quantitative indicators of activity in the Russian-language information field, but also make it possible to assess the quality of the university’s presence on key media platforms.

The index of media activity of Russian universities, prepared within the framework of the project “Social Navigator” MIA “Russia Today”, is compiled on the basis of open Internet sources (Russian-speaking segment) and takes into account such indicators as the audience of the university website and the number of mentions in news messages of the electronic media of the Russian Federation, measured by one of the leading search engines in Russia – Yandex.

The data on the site’s audience was obtained according to the indications of the functionality of the portal Similarweb.com (which ensures the openness and availability of data for any user), and the intensity of the news field – according to the search section of news messages of the Yandex.ru resource . The measurement periods were completely synchronized and amounted to a full calendar month. The media index also affected the activity of the university community in social networks, which is manifested in the transitions from social accounts to the official website and other Internet resources of the university. When calculating the results, a single mention of the university is taken into account.

Service learning and greater flexibility for incoming undergraduates at NUS