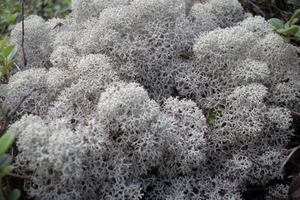 V.N. Tarasova, Doctor of Biological Sciences at the Institute of Biology, Ecology and Agricultural Technologies of PetrSU, discovered 250 species of lichens and became one of the authors of the updated edition of the Red Book.
This is a very honorable mission among scientists – to be the author of the Red Book, although it is very troublesome, and the publication of the book itself is not a scientific publication, its goal is to popularize information about rare species and preserve rare unique ecosystems for our taiga zone in North-West Russia, before in total, the remaining small tracts of intact forests, said Victoria Nikolaevna Tarasova.

As a result of the expedition, a scientist from PetrSU became one of the experts who took part in the expedition and in the filming of the film. This is a documentary film about a WWF expedition to a remote corner of the Arkhangelsk region, where the wild untouched taiga, clean rivers, rare plants and animals are still preserved.

Watch the video about Victoria Tarasova’s participation in the expedition on Sampo TV 360º.

Summed up the roadmap for 2020 with Medvezhyegorsk municipal district

Zimbabwe’s President emphasises importance of arts and culture in development