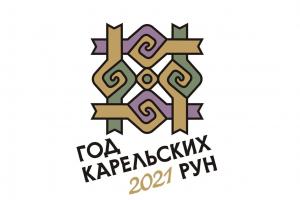 PetrSU takes part in events aimed at preserving, developing and popularizing the Karelian rune-singing tradition.
Teachers and students of PetrSU took part in the XV scientific conference “Local history readings”: “Karelia in word, text, image”, held within the framework of the Year of Karelian runes.

Local history readings in 2021 are devoted to works about Karelia in the broadest sense – these are literary works, visual images (documentary and feature films, performances, painting, monumental art, etc.), scientific research, travelers’ notes, diaries, memoirs, letters, etc. etc. The conference participants presented reports not only about the works themselves, but also about the conditions of their creation, their authors, about their influence on contemporaries and subsequent generations, as well as reports on individual settlements of Karelia.

The topics of the reports of the representatives of PetrSU were very diverse: “Justification of good: charity and public charity in the Olonets province” (Vitaly Mikhailovich Nilov, Ph.D., associate professor of PetrSU); “Historiography of the system of organizing charity in the Olonets province in the 19th – early 20th centuries.” (Voityushenko Evgeny Pavlovich, student of PetrSU); “The development of sports in the Pryazhinsky district in the pre-war time” (Bulgakov Egor Vladimirovich, student of PetrSU); “Practices of perpetuating Peter I in the space of the city of Petrozavodsk” (Urvantseva Natalia Gennadievna, Ph.D., associate professor of PetrSU); “The interaction of the Latin alphabet and the Cyrillic alphabet in the composite nominations of enterprises and organizations of the city of Petrozavodsk” (Novoselova Victoria Andreevna, Ph.D., Associate Professor of PetrSU); “Vepsian conspiracies from a disease sent by the wind”

Earlier, the Scientific Library of PetrSU organized and held a competition “Reading the runes of the Kalevala epic.”

The opening of the Year of Karelian runes will take place online today at the National Library of the Republic of Kazakhstan.

The event will tell about the Karelian rune-singing tradition, show the presentation of the events of the Year of Karelian runes and the ethnocultural calendar “Storytellers of Karelia”. The opening participants will hear the runes performed by the head of creative teams.

You can join the online broadcast using the link .

Let us remind you that Karelian runes, containing information about religious and mythological ideas, way of life, ritual practice of Karelians, are one of the most important elements of the republic’s spiritual culture. Karelian runes formed the basis of the world famous epos “Kalevala”, became a source of inspiration for many famous writers, artists, composers, and theatrical figures. Karelian runes are included in the list of the intangible cultural heritage of the peoples of Russia.
The initiative to hold the Year of Karelian Runes in the Republic of Karelia in 2021 belongs to the Council of Commissioners of the IX Congress of Karelians of the Republic of Karelia.