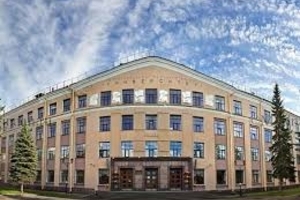 PetrSU took 25th place in the National Ranking of Universities

The results of the annual National Ranking of Universities of the International Information Group “Interfax” have been published.
The rating includes 341 universities and institutes of Russia, including national research, federal, support and non-state.

Central University of Punjab organized a special lecture on…

The performance of universities was assessed according to six dimensions: education, research, socialization, internationalization (international cooperation), brand and innovation.

The National University Ranking (NRU) project has been implemented by the international information group Interfax since 2010. Its main goal is to develop mechanisms and procedures for an independent assessment system for Russian universities and their educational programs, increase the competitiveness of the Russian education system, scientific research and technological entrepreneurship, and develop federal and regional universities.

Summer plein airs in the Botanical Garden of PetrSU

Pontificia Universidad Católica de Chile: The cardiac paradox: when being thin does not necessarily mean having a healthy heart