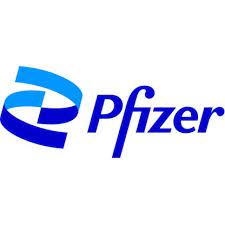 Pfizer: Pfizer, MorphoSys and Incyte Enter into Clinical Trial Collaboration for Monjuvi® (tafasitamab-cxix) in Combination with TTI-622, a Fusion Protein Directed Against CD47

‟This collaboration has the potential to advance patient care in an area where there continues to be significant unmet medical need,” said Lance Leopold, M.D., Group Vice President, Clinical Development Hematology and Oncology at Incyte. “We are proud to support this research effort to evaluate the potential of a new chemotherapy-free combination for these patients.”

Pfizer’s TTI-622 is currently in Phase 1b/2 development across several indications, with a focus on hematological malignancies. CD47 is an innate immune checkpoint that binds SIRPα and delivers a “don’t eat me” signal to suppress macrophage phagocytosis. Overexpression of CD47 in solid and hematological malignancies, including in DLBCL, is associated with poor prognosis.

Monjuvi (marketed ex-U.S. as Minjuvi®), a CD19-directed immunotherapy, in combination with lenalidomide is a treatment for adult patients with relapsed or refractory DLBCL not otherwise specified, and who are not eligible for ASCT. In this indication, accelerated or conditional approvals were granted by the U.S. Food and Drug Administration, the European Medicines Agency and other regulatory authorities. Monjuvi is being co-commercialized by MorphoSys and Incyte in the United States. Incyte has exclusive commercialization rights outside the United States.

Preclinical data by Morphosys have shown a strong synergy of Monjuvi and anti-CD47 antibodies in in vitro and in vivo lymphoma models, providing scientific rationale for investigating this combination in clinical trials. This preclinical data was presented at the 62nd American Society of Hematology (ASH) Annual Meeting & Exposition in 2020.

Under the terms of the agreement, Pfizer will initiate a multicenter, international Phase 1b/2 study of TTI-622 with Monjuvi and lenalidomide for patients with relapsed or refractory DLBCL who are not eligible for ASCT. MorphoSys and Incyte will provide Monjuvi for the study, which will be sponsored and funded by Pfizer and is planned to be conducted in North America, Europe and Asia-Pacific.