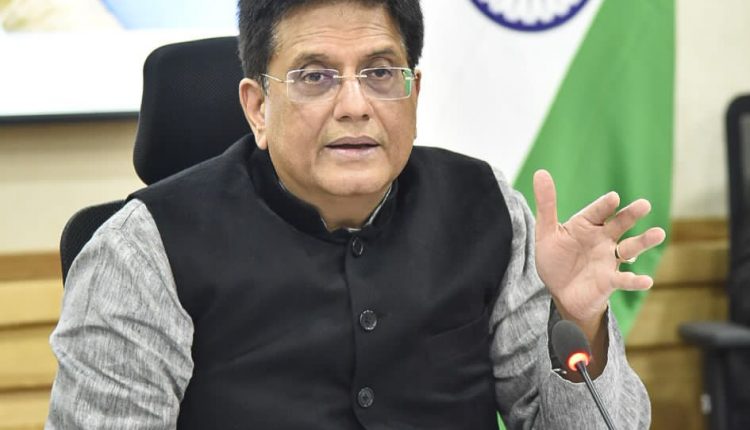 Piyush Goyal calls upon Startups to help micro-entrepreneurs in rural areas, leverage technology to grow their businesses and encourage farmers, weavers & artisans etc. to use digital platforms to sell their products

“Startups will help India transition from an Assembly Economy, particularly in the digital world, to a knowledge-based economy. In this digital age, technology has removed boundaries & barriers and got the limitations of our enterprises out of our minds,” he said, addressing the 16th India Digital Summit, 2022 through video conference.

Pointing out that during the last year India emerged as the world’s favourite Startup destination, Shri Goyal said our Startups are the agents of change as well as the pillars for making India Aatmanirbhar.

“It’s been 6 years of the Startup India Mission. In six years we have already produced 82 Unicorns, the world’s 3rd largest no. of Unicorns with over 60,000 Startups registered at DPIIT and with the growing recognition of our skilled people across the world with investors queuing up from around the world to come and participate in this revolution that we are seeing in this Startup ecosystem,” said Shri Goyal, adding, “from 2018-21, in barely three years more than 6 Lakh Jobs were created by our Startups, in fact, in the last year alone, more than 2L jobs were created.”

Noting that the Government is only acting as a facilitator, Shri Goyal said we are currently focusing on the 3 Es – Ease of living, Ease of Service & Ease of Skilling, re-skilling & up-skilling. The Minister unveiled ‘LEAP’ as the way forward for Startups, – “Leverage, Encourage, Access & Promote”. There is always room for improvement & with Sabka Prayas we can strengthen our Startup ecosystem further, he added.

Shri Goyal said the Prime Minister’s interaction with the Startups on 15th January will supercharge the courage of our innovators.

“The First-Ever Startup India Innovation week is going on as part of the Azadi ka Amrit Mahotsav this week, exhibiting our Startups to the world and multiple pitching sessions to increase international engagements. With this whole-of-Government approach, the event has been organized in collaboration with 30 Departments of the Government of India, and has had over 100,000 participants who have registered in this event,” he said.

Congratulating the Internet And Mobile Association of India (IAMAI) for arranging yet another successful edition of the Digital Summit, the Minister noted with satisfaction that the India Digital Summit, in its 16th edition, is the oldest event of the digital industry in India.

National Innovation week inspire us to work collaboratively to realize the dream of activating India 2.0, fueled with the spirit of Atmanirbhar Bharat – Subhas Sarkar