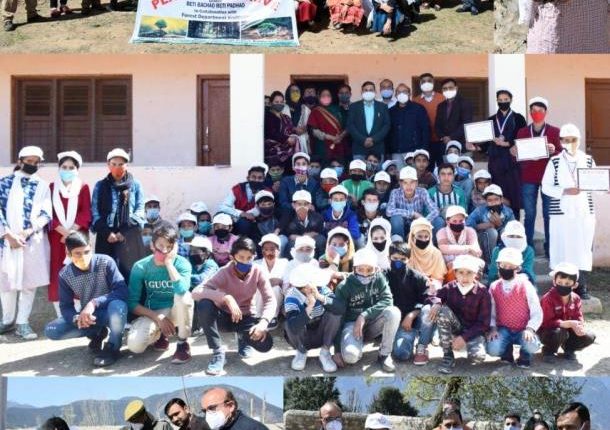 Kishtwar: As a part of Beti Bachao Beti Padao week celebration, a series of plantation drive programmes were today conducted by the district administration Kishtwar in collaboration with the Forest Department here in various government schools.

In one such programme, Deputy Commissioner, Ashok Sharma along with DFO Sagar Singh, in presence of Dy CEO Rajinder Singh Sen and Nodal officer BBBP, Anoop Kumar, Headmistress and students planted the saplings of the Deodar in the premises of Govt High school Banderna.

Later, a similar drive was also conducted at Govt Girls Hr. Sec School Kishtwar where girl students along with Dy CEO and Nodal Officer BBBP planted saplings under the guidance of Principal of the school Kishore Lal.

The sports event at HS Dadhpeth was organised by PEM Subash Kumar under the supervision of DYSSO Kishtwar Kharati Lal Sharma.

University of Southampton: One third of patients hospitalised with severe COVID-19…

iednewsdesk May 7, 2021
A new study has shown that most patients discharged from hospital after experiencing severe COVID-19 infection…