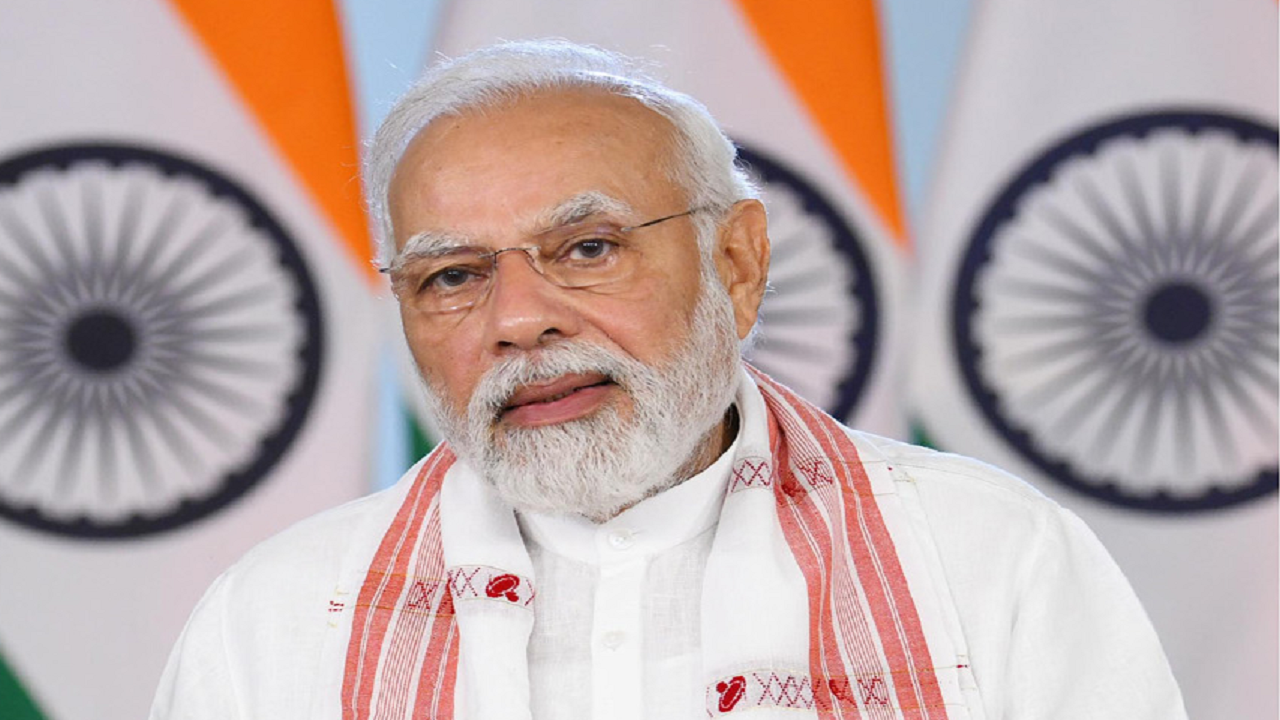 New Delhi: Prime Minister Shri Narendra Modi to visit Deoghar and Patna on 12th July, 2022. At around 1:15 PM, Prime Minister will inaugurate and lay the foundation stone of various developmental projects worth more than Rs 16,000 crores in Deoghar. Thereafter at around 2:40 PM, he will perform Darshan and Pooja at Baba Baidyanath temple, one of the twelve Jyotirlingas. At around 6 PM, Prime Minister will address the closing ceremony of Centenary celebrations of Bihar Legislative Assembly in Patna.

In a step towards boosting infrastructure development, enhancing connectivity and giving an impetus to ease of living in the region, Prime Minister will dedicate to the nation and lay the foundation stone of various projects worth over Rs 16,000 crore in Deoghar. These projects will help in significantly improving socio-economic prosperity in the region.

As a key step to provide direct connectivity to Baba Baidyanath Dham, which is an important religious destination for devotees from all over the country, Prime Minister will inaugurate the Deoghar Airport. It has been constructed at an estimated cost of around Rs. 400 crore. The Terminal Building of the airport is equipped to handle over five lakhs passengers annually.

AIIMS in Deoghar is a boon for the healthcare sector of the entire region. The services at AIIMS Deoghar will get a further boost as the Prime Minister will dedicate to the nation the In-Patient Department (IPD) and Operation Theatre services at AIIMS, Deoghar. This is in accordance with the Prime Minister’s vision to develop excellent health care facilities in all parts of the country.

Prime Minister’s commitment to develop world class infrastructure at places of religious importance across the country and improve facilities to the tourists in all such places, will get a further boost as the components of project “Development of Baidyanath Dham, Deoghar” sanctioned under the PRASAD Scheme of the Ministry of Tourism will get inaugurated. The projects being inaugurated by the Prime Minister include development of two large pilgrimage congregation halls with a capacity of 2000 pilgrims each; Jalsar lake front development; Shivganga Pond development among others. The new amenities will further enrich the tourism experience for lakhs of devotees who visit Baba Baidyanath Dham.

Prime Minister will also inaugurate and lay the foundation stone of various energy infrastructure projects around Rs. 3000 crore for the region. Projects that are to be inaugurated include Bokaro-Angul section of Jagdishpur-Haldia-Bokaro-Dhamra pipeline of GAIL; New LPG Bottling plant of HPCL at Barhi, Hazaribagh and Bokaro LPG Bottling plant of BPCL. Foundation stone of Parbatpur Gas Collecting Station, Jharia Block, Coal Bed Methane (CBM) Asset of ONGC will be laid.