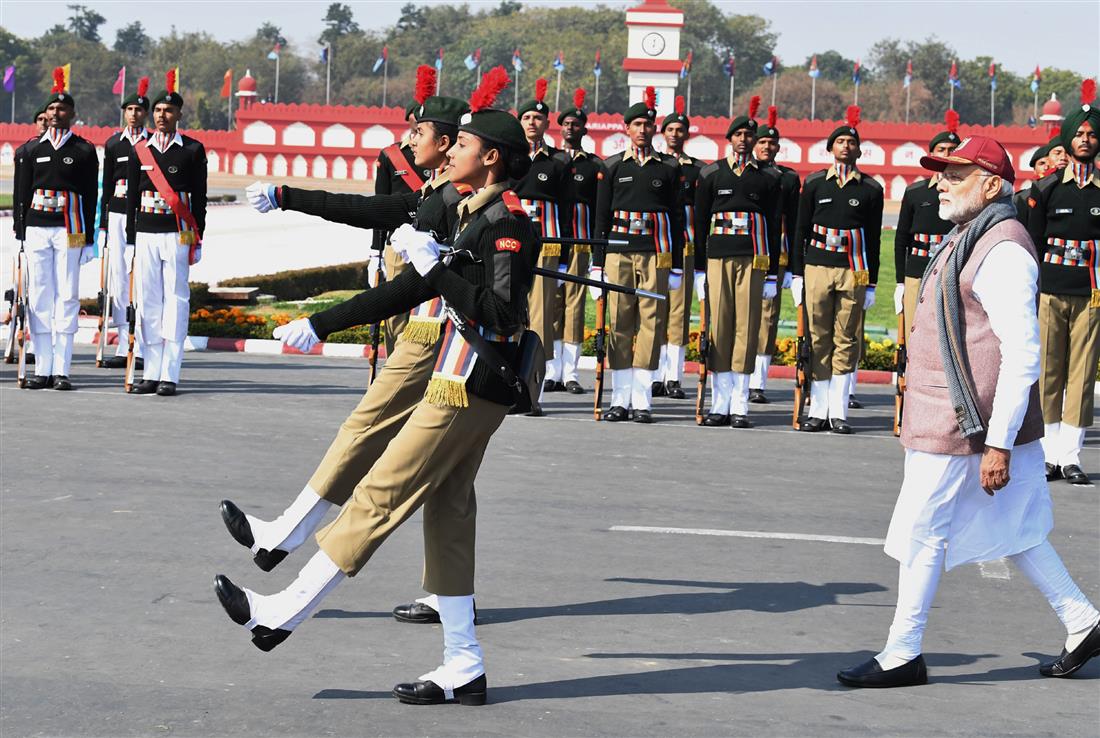 He said that whenever he is among the NCC cadets, he is filled with nostalgia.

He expressed happiness that in the last one year, NCC cadets have been associated with several important initiatives, such as Swachh Bharat Abhiyan, Digital Transactions etc. He said their contribution to the relief and rescue efforts during the Kerala floods was especially praiseworthy.

The Prime Minister said that today, the whole world looks upon India as a shining star. He said that there is now a perception that India not only has a lot of potential, but is also fulfilling that potential.

He said that whether it is the economy or defence, India’s capabilities have expanded. He added that while India is a supporter of peace, India will not hesitate to take any steps required for national security. He said a lot of important decisions have been taken for defence and security in the last four and a half years. He said India is now among the select few countries which have developed the nuclear triad. He said that youth can realize their dreams only if the country remains secure.

He appreciated the hard work performed by the cadets, many of whom come from villages and small towns. He said many NCC cadets have gone on to make the country proud. In this context, he mentioned the famous athlete Hima Das. He said that hard work and talent are the determinants of success. He said the Government is trying the replace the VIP culture with EPI – “Every Person is Important.”He urged the cadets to avoid all kinds of negativity, and work for the betterment of the self and the nation. He said several steps are being taken to provide opportunities for women, and to increase their participation in the workforce. He said women have now become fighter pilots in the Indian Air Force for the first time.

The Prime Minister strongly asserted that corruption cannot be a part of New India. He said those indulging in corruption will not be spared.

The Prime Minister appreciated the youth for their active involvement in key initiatives such as Swachh Bharat and Digital India. He urged the cadets to spread greater awareness about the Government’s welfare schemes. He also urged them to motivate the youth to vote in large numbers in the upcoming elections.

He said the cadets could visit several new landmarks that have come up in the city of Delhi in the recent past, which are connected to India’s heritage, and great leaders. In this context, he mentioned the Kranti Mandir at Red Fort, and the Mahaparinirvana Sthal of Babasaheb Dr. Bhimrao Ambedkar at Alipur Road. He said a visit to these places can fill one with new energy to work for the people.

Voluntary services like NSS, NCC should be made mandatory for children from schooldays: Vice President

MX TakaTak introduces the Launchpad Program: An initiative to foster the growing UGC…

Kiran Nadar Museum of Art presents Narrating from the Museum Archives and Collection:…