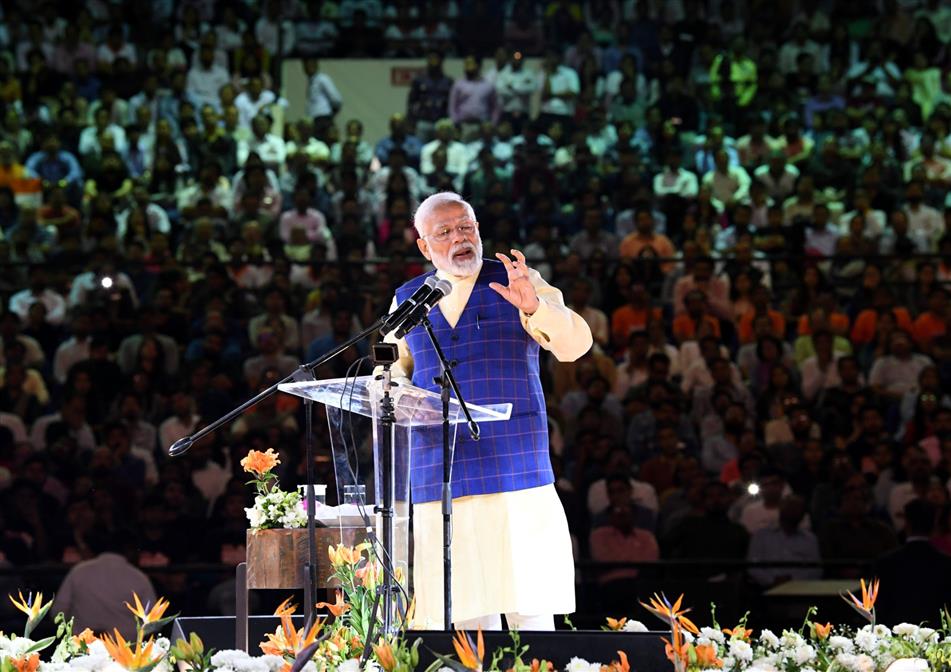 Prime Minister Narendra Modi said that the nation is changing and it has been possible because people have decided to change for a better India. Addressing the National Youth Conclave in Surat today, PM said the earlier attitude was that nothing will happen or nothing will change. However, the mindset has been changed and it is visible now. He said “at one point of time there was a mindset among people that nothing can change. We came and first of all changed that mindset–now everything can change. India is changing because Indians have decided to change”.

PM said his Government’s drive against black money was a bold and decisive step.

Three lakh companies were shut down after demonetisation and nobody thought black money could be curbed, said the PM.

He added, ” The public sentiment among the Indians has changed and this will change the country too, I have faith in it. Earlier, people felt that everything will be done by the people but we changed it. The country is bigger than any of us.”

On a lighter vein, PM said it is his fourth public engagement in a day, however He was not tired and rather asked people if they are tired to which he got a big no in reply.

On a a day-long visit to Gujarat, PM today laid the foundation stone for extension of Terminal Building of Surat Airport and inaugurated various developmental projects at Surat. He also dedicated state of the art Rasilaben Sevantilal Venus Hospital, Surat to the nation. PM also dedicated National Salt Satyagraha Memorial in Dandi, to the nation.