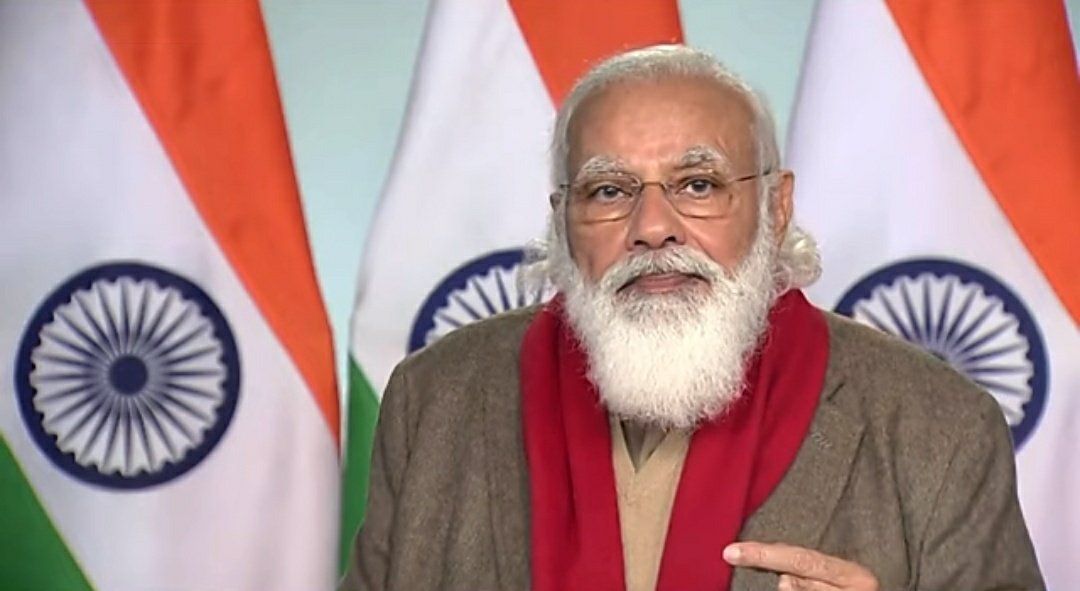 New Delhi: The Prime Minister, Shri Narendra Modi has termed research an eternal enterprise like the human soul. He said that the government is working towards the twin objectives of cross-utilisation of research and Institutionalizing innovation. The Prime Minister was speaking on the occasion of National Metrology Conclave 2021 where he dedicated National Atomic Timescale and Bhartiya Nirdeshak Dravya Pranali to the Nation and laid the foundation stone of National Environmental Standards Laboratory today through video conference.

The Prime Minister discussed the role of research in various knowledge sectors at length. He said that in any progressive society, research is not only a natural habit but also a natural process. He said research’s impact can be commercial or social and research also helps in expanding our knowledge and understanding. It is not always possible to anticipate the future directions and uses of research. Only thing that is certain is that the research leads to a new chapter of knowledge and that it never goes waste. The Prime Minister enumerated examples of the Father of Genetics, Mendel and Nikolas Tesla, potential of whose work was recognized much later.

Many times, research might not fulfil its immediate goal but the same research can become path-breaking in some other sector. The Prime Minister illustrated this point by the example of Jagdish Chandra Bose whose microwave theory could not be taken forward commercially but today, the entire radio communication system is based on that. He also gave examples of research conducted during the World Wars that have revolutionized various sectors later. For example, drones were created for war, today they are doing photoshoots and making deliveries. That is why our scientists, especially the young scientists should explore the possibilities of the cross fertilization of research. Possibility of use of their research outside their field should always be in front of them.

Thales and IIIT-Delhi sign a Memorandum of Understanding on…

The Prime Minister illustrated how any small research can change the face of the world by giving the example of electricity that runs everything today, whether it is transportation, communication, industry or everyday life. Similarly, invention like semi-conductor has enriched our life with digital revolution. Many such possibilities are before our young researchers, who will pave for a totally different future with their research and inventions, the Prime Minister said.

The Prime Minister also listed out efforts to create a future-ready eco-system. India has broken into the top 50 of the Global Innovation Ranking, India ranks 3rd in peer reviewed science and engineering publications which shows an emphasis on basic research. Collaboration between Industry and institutions is being strengthened. All the big companies of the world are establishing their research facilities in India. In recent years, the number of such facilities have increased significantly.

The Prime Minister said, the possibilities of research and innovation are endless for Indian youth. Therefore, institutionalization of innovation is equally critical as the innovation itself. Our youth will have to understand how to protect intellectual property. We will have to remember that the more our patents are there, the more their utility. Our identity will get stronger in the sectors where our research is strong and cutting-edge. This will lead to a stronger Brand India, The Prime Minister said.

Calling the scientists karmyogis, the Prime Minister praised their sage-like efforts in the lab and said that they are the conduit of the hopes and aspirations of 130 crore Indians.