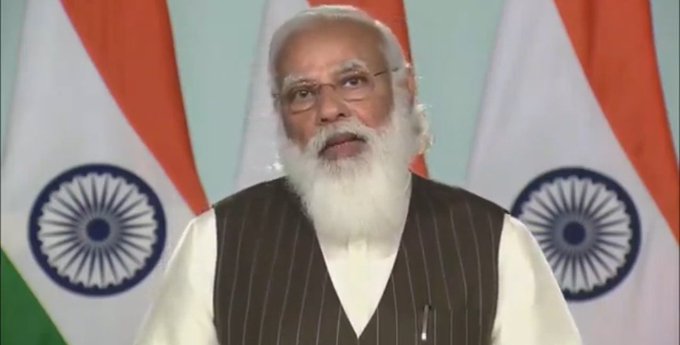 Speaking on the occasion, the Prime Minister said the development works starting today are spread across all parts of Kerala and cover a wide range of sectors. They will power and empower the beautiful state of Kerala, whose people are making rich contributions to India’s progress.

He said that the 2000 Megawatt state of the art Pugalur – Thrissur High Voltage Direct Current system inaugurated today is the first HVDC interconnection of Kerala with National Grid and will facilitate transfer of huge quantum of power to meet the growing power demands of the State. This is also the first time the VSC converter technology has been introduced in the Country for transmission. He added Kerala is largely dependent on import of power from the National Grid due to its seasonal nature of internal power generation and HVDC system helps to bridge the gap. He expressed happiness that the HVDC equipment used in this project has been made in India and gives strength to it’s AatmaNirbhar Bharat movement.

The Prime Minister said our gains in solar energy ensure a stronger fight against climate change, a boost to our entrepreneurs. He said farmers are also being connected with the solar sector to make our Annadatas as Urjadatas. Under PM-Kusum Yojana, over 20 lakh solar power pumps are being given to farmers. He added that in the last six years, India’s solar energy capacity has increased 13 times. India has also brought the world together through the International Solar Alliance. He said our cities are engines of growth and power houses of innovation. Our cities are seeing three encouraging trends: Technological development, favourable demographic dividend and increasing domestic demand.

The Prime Minister said the Integrated Command and Control Centres under the Smart Cities Mission are helping cities in better urban planning and management. He announced that 54 Command Centre projects have become operational and 30 such projects are at various stages of implementation. He said that these centres were especially useful during the pandemic days. Under the Smart Cities Mission, the two Kerala Smart Cities – Kochi and Thiruvananthapuram have made significant progress. 27 projects worth Rs 773 crore were completed and 68 projects worth about Rs 2000 crore are in the pipe-line.

The Prime Minister said AMRUT is helping cities expand and upgrade their wastewater treatment infrastructure. A total of 175 water supply projects are being taken up in Kerala under AMRUT at a cost of more than Rs 1100 crore. Universal coverage is provided in 9 AMRUT cities. He said Aruvikkara Water Treatment Plant inaugurated today is completed at a cost of Rs. 70 crore. This would improve the lives of around 13 lakh citizens and this will help increase per capita water supply in Thiruvananthapuram to 150 litres per day from 100 litres per day supplied earlier.

The Prime Minister said the life of Chhatrapati Shivaji Maharaj inspires people across India. PM said that Shivaji gave emphasis on Swarajya, where the fruits of development reach all sections of society. He said Shivaji had built a strong navy and worked hard for coastal development and welfare of fishermen and the Government is continuing his vision. PM said India is on the way to becoming AatmaNirbhar in the defence sector. There have been path-breaking reforms in defence, and space sectors. These efforts will create opportunities for so many talented Indian youngsters. He said India is investing in the Blue Economy. Our efforts for fishermen communities are based on : More credit, Increased technology, top quality infrastructure and supportive government policies. He said Government policies will ensure India becomes a hub for sea-food exports.

“I am not asking

I ask for water,

the Prime Minister said that development and good governance do not know caste, creed, race, gender, religion or language. Development is for everyone and that is the essence of Sabka Saath, Sabka Vikas, Sabka Vishwas. PM sought the support of the people of Kerala to move forward and realise this shared vision of togetherness and development.