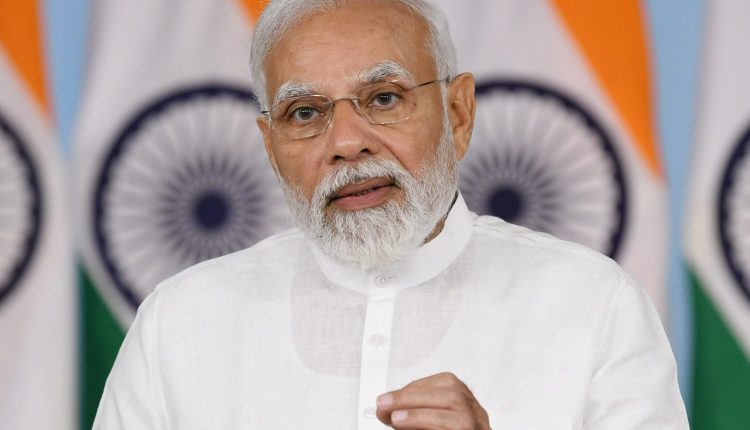 Prime Minister Narendra Modi lauds Indian start-up policy space as extremely proactive, says country has equally hard-working, agile start-up leadership The MP start-up policy is progressive legislation aimed at fostering strong start-up ecosystem MP’s start-up portal to be one-stop avenue for entrepreneurs “In the last 8 years, we have been able to build the third largest start-up ecosystem with over 70,000 recognized start-ups, and we are emerging as one of the biggest unicorn hubs in the world.”: PM Modi “Tum Mujhe Ideas do, main tumhein avsar doonga. (You give me ideas; I will give you opportunities”: CM Chouhan

By India Education Diary Bureau Admin On May 13, 2022
Share

Bhopal: Prime Minister Shri Narendra Modi today launched Madhya Pradesh’s Startup Policy and Implementation Plan – 2022 which aims to promote startups and encourage entrepreneurship in the state. This startup policy has been especially developed to strengthen and bring to reality the entrepreneurial ideas of the youth of Madhya Pradesh. The Prime Minister launched the policy virtually at a program organized at the Brilliant Convention Center, Indore in the presence of the Chief Minister of Madhya Pradesh Shri Shivraj Singh Chouhan.

Prime Minister Modi also launched the Madhya Pradesh Start-up Portal, which will be a one-stop avenue for entrepreneurs, providing them with vital information and guidance on launching a start-up. The portal will be integrated with the central government’s start-up portal. Besides this, Prime Minister Modi engaged in online interactions with several entrepreneurs and encouraged them to build India from the grassroots.

Speaking on the occasion, Shri Narendra Modi, Honorable Prime Minister said, “Today, the Indian start-up policy space is extremely proactive, along with an equally hard-working and agile start-up leadership. Consequently, the country is headed towards a new wave of development driven by a new energy. We have come a long way, and today, the Madhya Pradesh portal and i-Hub Indore has been successfully launched under the start-up policy of the state. I want to congratulate the government of Madhya Pradesh for this exceptional feat.”

Elaborating on developments in the country’s start-up sector, the Prime Minister said, “In the last eight years, we have been able to build the third largest start-up ecosystem with over 70,000 recognized start-ups, and we are emerging as one of the biggest unicorn hubs in the world. Today, India sees one start-up every 8 days on an average, and this fact is a testament to the might, determination, and never-dying spirit of India’s youth. I am overjoyed at the fact that our start-up ecosystem is not only one of the largest in volume but also in its diversity and its reach.”

Prime Minister Modi further stated, “The growth story of India will move forward with new energy in the next decade. We are celebrating 75 years of our independence, and all our efforts made today will chart a new direction for an Atmanirbhar Bharat.”

The honorable Chief Minister of Madhya Pradesh, Shri Shivraj Chouhan, said, “Today we have the capacity, skill and the abilities. Tum Mujhe Ideas do, main tumhein avsar doonga. (You give me ideas, I will give you opportunities) We have innovative ideas also, if we are able to put them in the right direction with the right support, then not only Indore, but the whole of Madhya Pradesh will become the start-up capital of India. Just like we became number one in wheat production, we will also become number one in establishing start-ups in the country.” CM Chouhan added, “It is because of the able guidance of PM Modiji that we have made this journey of a mile look so easy.”

On this occasion, Shri Om Prakash Saklecha, Minister of MSME, and Science & Technology, MP Government said, “From the thought process to the creation and launch of the Madhya Pradesh start-up policy and implementation plan 2022, Madhya Pradesh has created a new record. We need to move ahead with the same spirit and achieve the vision shared by the honorable Prime Minister, Shri Narendra Modiji, of building the biggest start-up nation, under the able leadership of the honorable Chef Minister Shri Shivraj Chouhan ji”.

Congratulating the entrepreneurs for their grit and determination, Shri Shankar Lalwani, Member of Parliament, Indore said, “This start-up policy is going to ensure Indore becomes a world class city, with a vibrant night economy, allowing it to become the first city in the world that is open round-the-clock. But this dream of building Indore into a start-up city can only be accomplished when we all come together in unity.”

Speaking about the efforts being made by the central government to strengthen the start-up ecosystem in India, Shri Anurag Jain, Secretary, DPIIT, Government of India said, “Start-ups are the future wealth creating phenomenon of India. In the next 25 years this world will be driven by knowledge and innovation, and Indian start-ups will lead the way. We need to start focusing more on social issues like global warming and sustainability. Start-ups can find solutions by identifying the problem correctly, and the Government of India is commitment to provide all possible support.”

Madhya Pradesh has over 1,900 start-ups with more than 800 start-ups founded by women entrepreneurs. The state is an agricultural powerhouse and aims to promote more than 200 start-ups in the agriculture sector with special emphasis on product-based start-ups. The state has also focused energy on the capacity-building of startup incubation centers. The policy will usher innovation, experimentation, and risk-taking, boosting the spirit of entrepreneurship in the state.