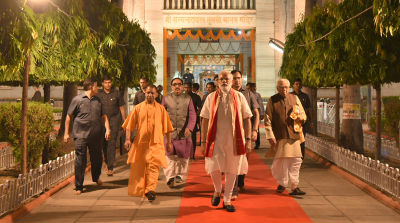 The Union Health Minister stated that AIIMS Bilaspur is another milestone in the list of achievements of the NDA government in the health sector. Under the guidance and visionary leadership of the Prime Minister, the Ministry is fast moving in strengthening the tertiary care network in the country. He stated that AIIMS Bilaspur will provide the much needed tertiary medical services to a vast population of not only Himachal Pradesh but the other northern states too.

Health forms a very crucial peg in the development story of any state, and with a pragmatic and progressive leader such as the Prime Minister Shri Narendra Modiji, the health sector of Himachal Pradesh is greatly benefitted. AIIMS Bilaspur, with its multiple disciplines, will herald the hilly state towards comprehensive development and growth, Shri Nadda stated.