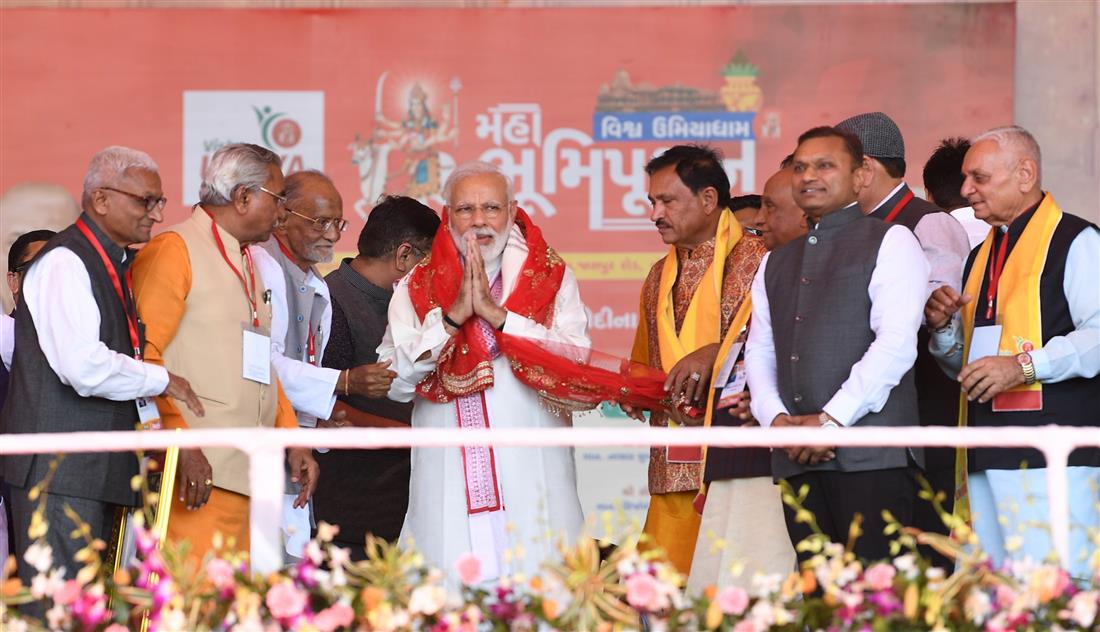 Addressing an enthusiastic gathering on the occasion, he said that no one can ever forget the role of Saints and Seers in strengthening our society. They have given us valuable teachings, he added. They even gave us the strength to fight evil and oppression, the Prime Minister said.

The Prime Minister said that our Saints and Seers taught us to absorb the best of our past and, at the same time look ahead and keep changing with the times.

Speaking of initiatives that benefit the people, the Prime Minister said that doing something on a small scale is not acceptable to the Union Government. The Union Government’s work will always be at a large scale, benefiting all sections of society, he added.

At the community level, the Prime Minister said that it is important to emphasise on top quality education for youngsters.

The Prime Minister firmly said that those who believe in MaaUmiya can never support female foeticide.

The Prime Minister appealed to the people, to help create a society where there is no discrimination based on gender.