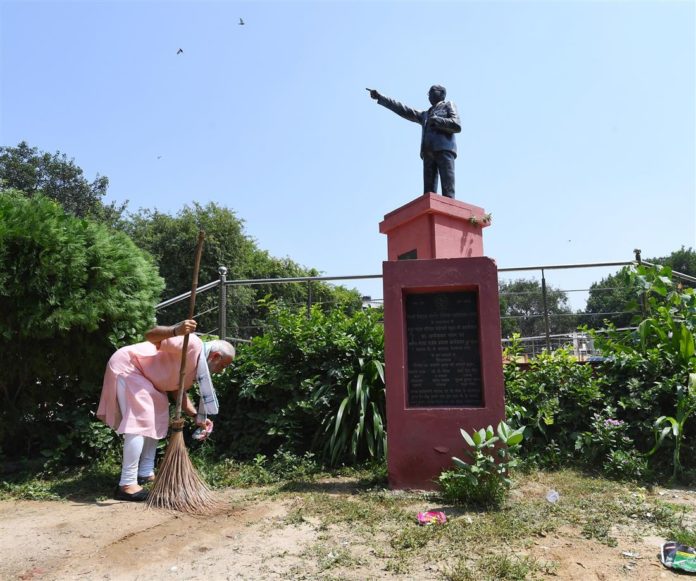 New Delhi: The Prime Minister, Shri Narendra Modi participated in the Swachhata Hi Seva movement by performing Shramdaan at a school in Delhi.

Shortly after launching the movement through a video conference interaction with a cross-section of people from 17 locations across the country, the Prime Minister travelled to the Babasaheb Ambedkar Higher Secondary School, at Rani Jhansi Road in central Delhi. He offered floral tributes to a statue of Babasahed Ambedkar, and participated in the cleanliness drive. He also interacted with young students at the school, and exhorted them towards the cause of Swachhata.

The Prime Minister travelled to, and from the school, in normal traffic, and without customary protocol. No special traffic arrangements were made for his visit.

This school campus had been bought by Dr. Ambedkar himself in 1946, with an aim to advance the educational, social and economic well-being of Scheduled Castes.