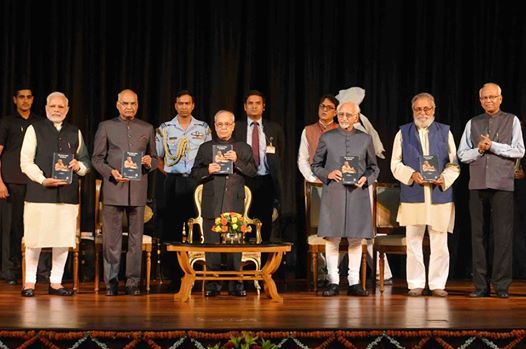 Speaking on the occasion, the Prime Minister said that the guidance he received from President Pranab Mukherjee will help him immensely. He said he was sure that those who worked with him feel the same.

Under President Pranab Mukherjee, Rashtrapati Bhavan became a ‘Lok Bhavan’, the Prime Minister added. The Prime Minister said that a treasure of historical documentation has come up in his tenure. He complimented the President’s team for this effort.

PM condoles the demise of Professor U R Rao