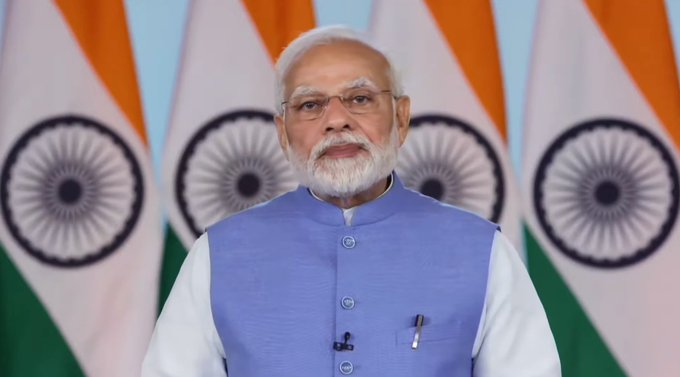 As part of Azadi ka Amrit Mahotsav, Prime Minister in his address at Gujarat Panchayat Mahasammelan in March, 2022 had exhorted at least 75 farmers in each village to adopt Natural way of farming. Guided by this vision of Prime Minister, Surat District undertook a concerted and coordinated effort to sensitise and motivate different stakeholders and institutions like farmer groups, elected representatives, talathis, Agriculture Produce Marketing Committees (APMCs), Cooperatives, Banks etc, in the district to help farmers in adoption of Natural Farming. Consequently, at least 75 farmers were identified in each Gram Panchayat and were motivated and trained to undertake Natural Farming. The farmers were trained in 90 different clusters resulting in training of more than 41,000 farmers across the district.

The conclave is being organised in Surat, Gujarat and will witness participation of thousands of farmers and all other stakeholders who have made adoption of Natural farming in Surat, a success story. The conclave will also be attended by the Governor and Chief Minister Gujarat.