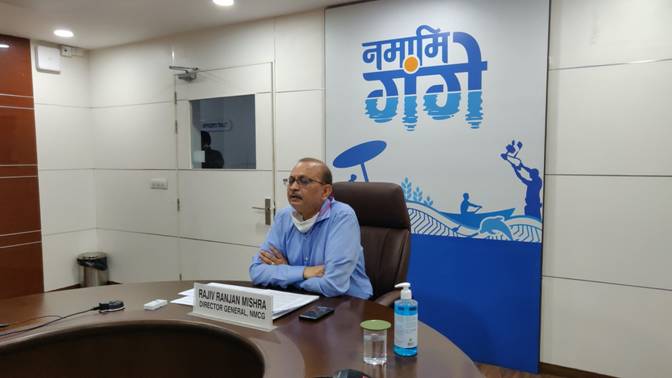 Addressing the Central Ministries and State/ UT Governments on the occasion, Dr. Jitendra Singh said that the Scheme has been revamped in tune with the Prime Minister Shri Narendra Modi’s governance model of citizen participation. He said that the Mantra of “Maximum Governance, Minimum Government” is incomplete without citizen participation and citizen centricity and added that transparency and accountability are its twin hallmark.

In the meeting of the National Ganga Council held on 14th December, 2019 at Kanpur under the chairmanship of the Prime Minister, it was decided to create a “Good Performance for Ganga Rejuvenation” award for the Ganga districts under the Prime Minister’s Awards for Excellence for Public Administration Scheme.

During the meeting, the Prime Minister gave the utmost priority to the functioning of the District Ganga Committees (DGCs) and closely reviewed the performance of the DGCs. He emphatically stated that there is a compelling need to have aligned thinking from the national to the district level and eventually to the field level and for ensuring this, the District Magistrate has to play a very important role.

The District Ganga Committee (DGC) is the most unique feature of the notification of authorities under the Environment (Protection) Act, 1986 by the Government of India dated 7th October, 2016, which creates a mechanism at the District Level for addressing the problem of pollution abatement of the River Ganga.

The Government of India instituted “The Prime Minister’s Awards for Excellence in Public Administration” in the year 2006 to acknowledge, recognize and reward the extraordinary and innovative work done by Districts/ Organizations of the Central and State Governments. The Scheme was restructured in 2014 for recognizing the performance of District Collectors in Priority Programmes, Innovations and Aspirational Districts and was further restructured in 2020 to recognize the performance of District Collectors towards economic development of the District. For the year 2020, the scope of the awards has been expanded to identify areas of overall outcome-oriented performance in the districts across sectors.

Veddis Foundation renews its partnership with the Haryana…

Under the scheme, 57 District Ganga Committees on the Ganga main stem and tributaries have been included as a separate category for PM’s awards for excellence in Public Administration by the Department of Administrative Reforms and Public Grievances (DARPG). The period of consideration for the award is from 1st April, 2018 to 31st March, 2020. The registration on the PM’s Awards web portal, www.pmawards.gov.in, has commenced from July 15th, 2020 and submission of application will be from August 1st, 2020 to August 15th, 2020 after registration. The award has been scheduled to be distributed on the occasion of Rashtriya Ekta Diwas on October 31st, 2020.

Speaking on the occasion of launch of this scheme, Shri Rajiv Ranjan Mishra, Director General, National Mission for Clean Ganga (NMCG) briefly explained about Namami Gange Programme and requested all District Magistrates and Chairperson, District Ganga Committee (57 districts – 52 on Main Stem and 5 on Tributaries) to make maximum use of this opportunity and to prepare details of District initiatives for the Prime Minister’s Awards Scheme. He also gave a brief outline of the parameters for evaluation which include:

Regular and effective conduct of meeting of District Ganga Committee leading to overall positive impact on programmes in the district;
Protection and Rejuvenation of traditional water bodies in the district for helping toward Aviral Ganga;
Cleanliness of ghats and areas in the vicinity of the river;
Extent of organic farming within 5 kms on both sides of river Ganga within their districts;
Plantation along river Ganga (Ganga Van);
Protection of aquatic life & biodiversity conservation; and
Awareness generation and ensuring public participation through involvement of NYK, NCC, NSS with special attention to youth and students.

DGCs have also been requested to prepare a write-up on the District Performance Indicators Programme/Innovation along with supporting documents like executive summary, field photographs (maximum 10), flow charts detailing uniqueness and success story of the initiative. Along with the application, a short film of 3-5 minutes’ duration highlighting the initiative/ innovation may also be appended. The write up should contain details of the programme/initiative, strategies adopted in implementation, period of implementation, exceptional achievements and outcomes, positive impact and sustainability.

DG, NMCG also reached out to the Chief Secretaries of Uttar Pradesh, Uttarakhand, Bihar, Jharkhand and West Bengal, requesting them to impress upon the District Magistrates under their State (out of the 57 identified DGC’s) to ensure proactive participation and adherence to the timelines envisaged under the scheme.