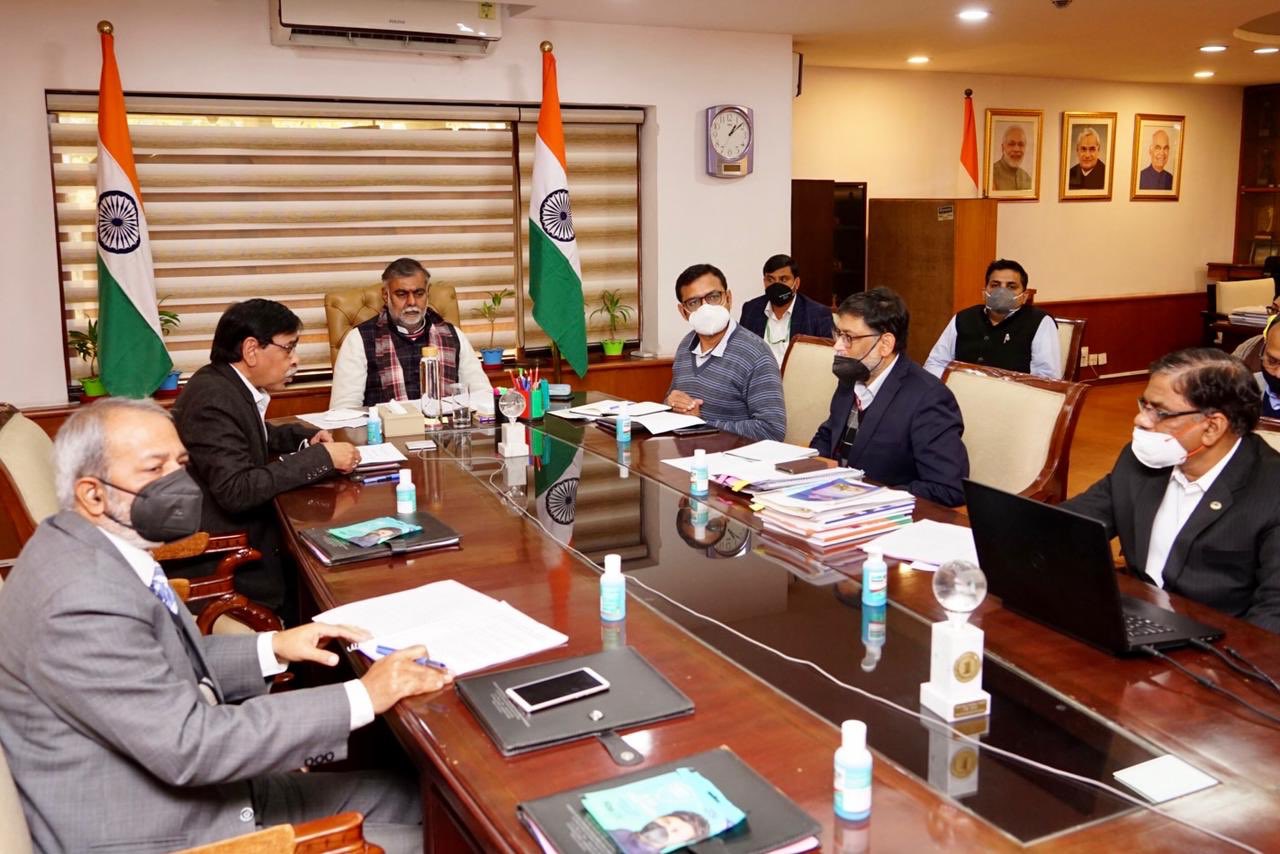 New Delhi: The Minster for Tourism and Culture (Independent charge) Shri Prahlad Singh Patel chaired a meeting of the General Body of National Council for Hotel Management and Catering Technology. This body is established by Govt. of India as a Society with the objective of coordinated growth and development of hospitality education in India through common curricula, common admission system, common examination and awarding of Degree, Diploma and other distinctions. Minister of Tourism is President of the Society under whose Chairpersonship the Society meetings are held. At present, there are 88 Institutes functioning under the academic umbrella of NCHMCT – 21 Central IHMs; 26 State IHMs; 1 PSU IHM; 26 Private Institutes and 14 FCIs.

The meeting of the General Body was held after a long gap of two decades. The meeting was organised through virtual mode in two spells because of large number of Members. In first session, all the Principals of Institutes attended the general body meeting. In the second session Principal Secretary/Secretary of Tourism of State Governments, representatives of the States participated in the meeting. A total 99 members of the General Body of NCHMCT attended the meeting.

A brief presentation about the achievements so far made by the Council was made to the Members and thereafter the members of the society were given opportunity to discuss on common issues.

During the meeting, important and fruitful suggestions were made by the Minister of State for Tourism (Independent Charge), Shri Prahlad Singh Patel. The main suggestions during the discussions were on review of curriculum as per new “National Education Policy” – constitution of a taskforce to work out the modalities, setting up of Incubation Centre to promote start-up, starting of practical classes at the Institutes by exploring possibility of vaccination on priority following all corona guidelines. The Institutes may explore the possibility of identifying iconic sites, libraries, monuments so that catering establishments in those places can run as start-up initiative wherein the students of the Institute can be involved. Our curriculum should be on international standards so that there should be no boundary for the students to get placement. To overcome of the language barrier for the students getting employment abroad, Institute may explore to start short programs on different languages. The IHMs should fulfil in true sense the dream of ‘Vocal for Local’ initiative of Govt. of India. The Council will be upgraded to a Degree awarding body shortly, so that all the above requirements are met.