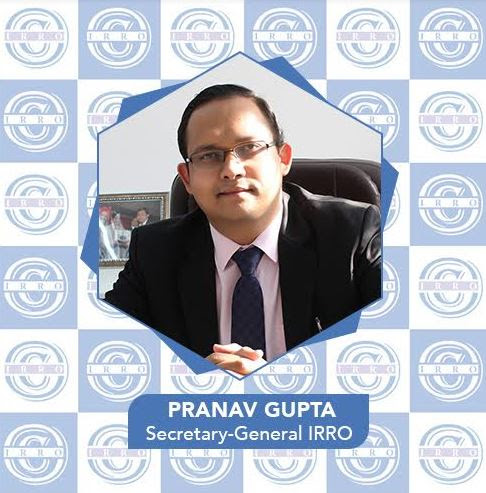 New Delhi: Pranav Gupta, the newly elected member of the Executive Committee of International Publishers Association and the Managing Director of Prints Publications Pvt Ltd has been elected as the Secretary General of Indian Reprographic Rights Organization IRRO. Dr. Ashok Gupta holds the position of the Chairman for tenure of next two years. The panel includes Dr. S.S. Awasthy as the Vice Chairman, Naveen Gupta the Treasurer and Asoke K. Ghosh continued as the Chief Mentor and Advisor of the esteemed organization.

Speaking at this occasion, Pranav said, “I feel honored to be elected as the Secretary General of IRRO and look forward to extending my contribution in strengthening the rights of owners of literary works. For the next two years, we are going to work together to create a transparent and fair ecosystem in literature. I would like to thank everyone for their support and look forward to working for the benefit of IRRO and its esteemed members. If the authors and literary rights owners do not get their fair share, what will be their incentive to write better? It won’t encourage new writers. I feel elated and extremely humbled to accept this honour in an organization like IRRO. The youth need to understand how important it is curbing the threat of piracy in the literary works and what are its consequences.”

Pranav Gupta in his statement further said, “In this age of digitalisation when e-books and online publishing have been a significant growth, there are also self-publishing groups, even with the advantages of consulting a traditional publisher, the challenge of today’s publishing ecosystem is the fact that authors really need to do a lot of their own promotion. We are committed to protect their rights too.”

Registered by the Ministry of Education, Government of India, IRRO is committed to preventing piracy of literary work and is affiliated to IFFRO, the global organization for literary work and copyright. The society is responsible for developing an ecosystem wherein authors and publishers get their fair share by inhibiting reprography. While this approach has gained traction in industries such as software, music and movies; its implementation in literary work has left much to be desired.

Along with this panel, other noted members from the Publishing industry were elected as Executives of the governing body.