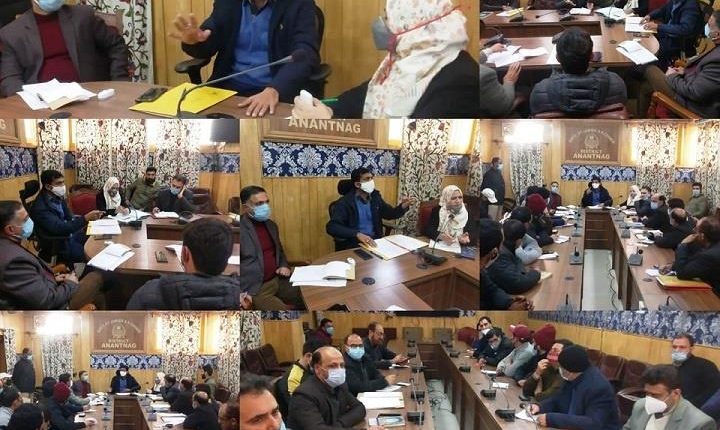 The DC on the occasion stressed upon the concerned officers of Health, Social Welfare, Banks, Labour, Handicrafts, Agriculture and allied sectors to ensure that on spot registration of potential beneficiaries and distribution of sanction letters among new beneficiaries under respective schemes is carried out.

He also directed the officers to put up stalls, where besides registration the products of various sectors will be displayed.

Speaking on the occasion, Secretary DLSA said that the aim of the camp is to ensure and expedite the penetration of welfare and individual beneficiary schemes among the target groups.

She said that the judicial authorities take cognizance of the achievements made by various Government Departments in their respective welfare schemes via such camps.

The meeting was informed that the participation of the public is solicited, so that the aim and purpose of the camp is fully envisaged.

The meeting was attended by ADC (G), Secretary DLSA, ACR and officers from the concerned departments.