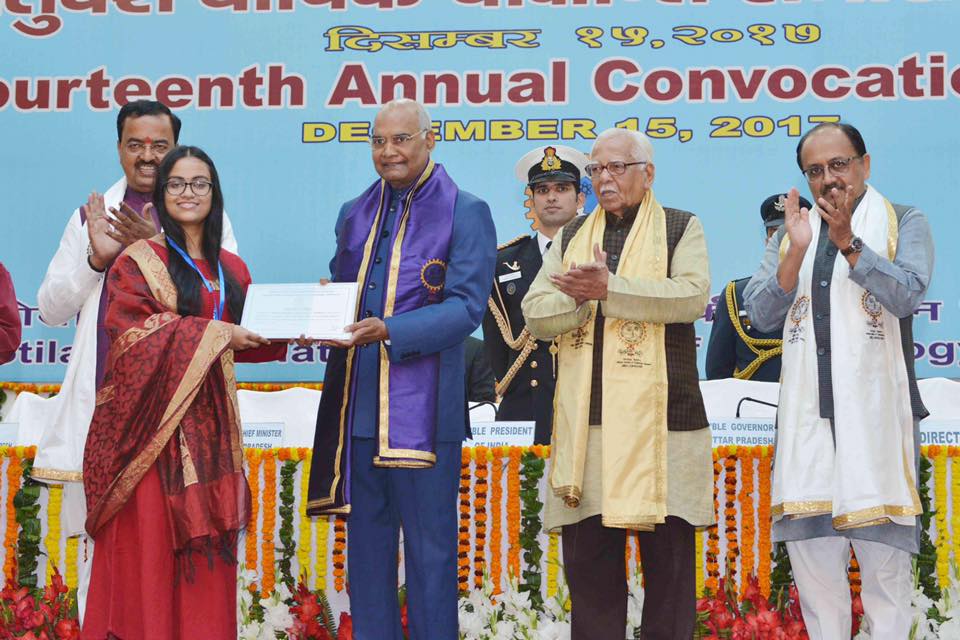 Speaking on the occasion, the President noted with satisfaction the rapid progress the country is making, but said we needed to do more on specific social and economic challenges as well as in the areas of science and technology. When the country moves forward, he said, every citizen benefits and gets opportunities for personal development.

The President called upon students to be entrepreneurs – becoming job creators rather than just job seekers. He advised them to follow the path of ethics and principles to attain true success in whichever walk of life they chose. He said there could be no ambiguity or scope for argument on ethics, quoting a line to say: “Relativity applies to physics, not ethics.”

The President noted that the Babasaheb Bhimrao Ambedkar University has taken various steps to highlight social concerns and provide access to the disadvantaged. It has provided for reservations for single girl children as well as students with serious ailments. It has also adopted villages near the University and worked with the local community on education and development – and connected local people to the University’s Innovators’ Club. He appreciated such efforts, calling them an example of the students’ sensitivity and sense of responsibility.