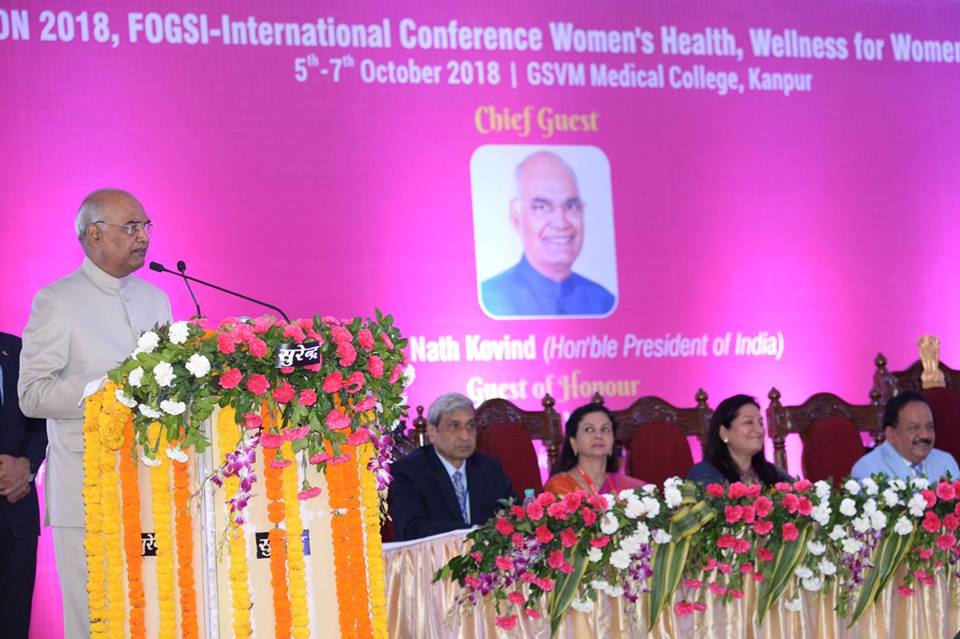 President of India  addresses an International Conference on Women’s Health, Wellness and Empowerment

Speaking on the occasion, the President said that this Conference has a commendable theme: “Give her wings and let her soar.” When we give our daughters and young girls in our families the freedom to venture out, to explore and find their potential, they soar higher and higher. The President said that social and economic gaps affect women much more than others. They have a particular impact on families and communities from weaker sections of society. It is with this in mind that the entire ecosystem of healthcare is being revitalised. For example, more than 3,000 Jan Aushadhi Kendras have been opened to sell and distribute quality medicines at reduced prices. These are benefiting fellow citizens from low-income families. And 85 lakh expectant mothers and 3.25 crore children have been provided immunisation cover under Mission Indradhanush.

The President said that the Ayushmaan Bharat healthinsurance programme has been launched recently. It envisages providing health coverage to socially and economically disadvantaged sections of society. As part of Ayushmaan Bharat, 1.5 lakh Health and Wellness Centres are being opened across India. These will provide services to, among others, mothers and newborn babies.

Later in the day, the President addressed a seminar organised by the Talent Development Council, Kanpur, and unveiled the statue of the late freedom fighter Shri Shyamlal Parshad in Kanpur.

Speaking at the Talent Development Council’s seminar, the President appreciated the Council for its efforts to identify and encourage talented students and facilitate their free education. He noted that a number of students associated with the Council have been successful in engineering, medical and other entrance examinations. Unveiling the statue of the late freedom fighter Shri Shyamlal Parshad, the President paid tributes to him as the author of the song “Jhanda ooncha rahe hamara”. He spoke of Shri Parshad’s life as well as his ode to the national flag as everlasting inspirations.

Later today in Lucknow, the President will inaugurate the 4th India International Science Festival organised by the Ministry of Science & Technology, the Ministry of Earth Sciences and Vijnana Bharati, before returning to Delhi.