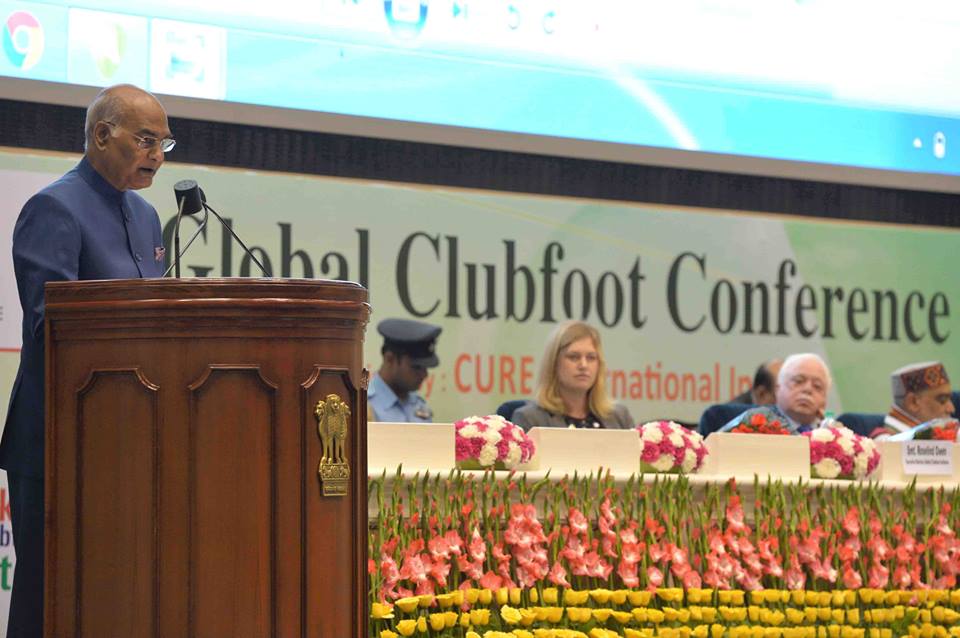 New Delhi: The President of India, Shri Ram Nath Kovind, inaugurated the 21st World Congress of Mental Health being organised by the World Federation for Mental Health in partnership with Caring Foundation and other institutions in New Delhi today (November 2, 2017). Speaking on the occasion, the President said that the World Congress of Mental Health is taking place in India for the first time. And it has come here at an appropriate moment. Mental health issues are acquiring a serious magnitude in our country. Our National Mental Health Survey 2016 found that close to 14 per cent of India’s population required active mental health interventions.

The President noted that those living in metropolitan cities and those who are young – whether in the productive age group, or children and teenagers – are most vulnerable to mental illnesses. In India, we have a young population, with 65 per cent of our people below the age of 35. And our society is rapidly urbanising. This leaves us staring at a possible mental health epidemic.

CM Chouhan releases ‘Bangi’ in the presence of President Ram…

The President said that the biggest obstacle that mental health patients have to encounter is stigma and denial. This leads to the issue being ignored or simply not discussed. We need to talk about mental health issues and treat ailments such as depression and stress as diseases that can be cured – not as guilty secrets that must be pushed under the carpet. A major gap in combating the mental health challenge is that of human resources. India is a country with 1.25 billion people but just 700,000 doctors – less than one million. In the field of mental health, the scarcity is even more acute. There are only about 5,000 psychiatrists and less than 2,000 clinical psychologists in our country.

The President expressed happiness that the World Congress will have sessions on yoga, meditation and traditional approaches to mental health. He stated that the example of yoga is very instructive. When people talk about yoga, they generally refer to its physiological benefits. However, the mental, psychological, and cognitive benefits of yoga are equally worthy of our study. He looked forward to feedback on the deliberations of the special session planned on the role of yoga in battling anxiety and depression – and in preventing the onset of mental health problems.