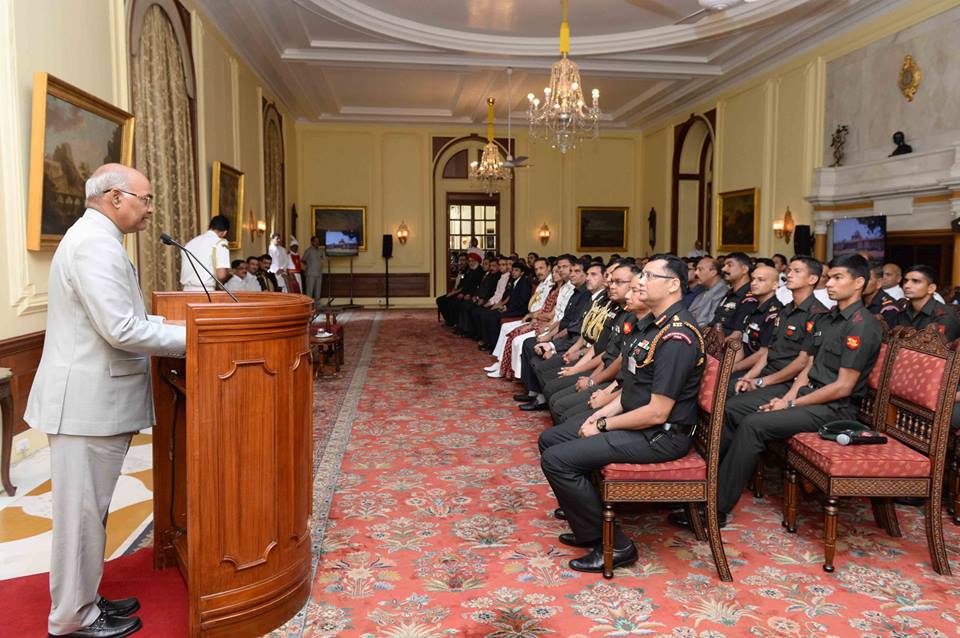 Speaking on the occasion, the President said the whole country looks up to Rashtrapati Bhavan with immense hope. He, therefore, urged the officers and staff to rise to these expectations by fulfilling their respective responsibilities. He said that they should focus more on duties rather than rights and develop the values of sacrifice and discipline. He said that they should all be involved in the progress of the country and work together with honesty and dedication.