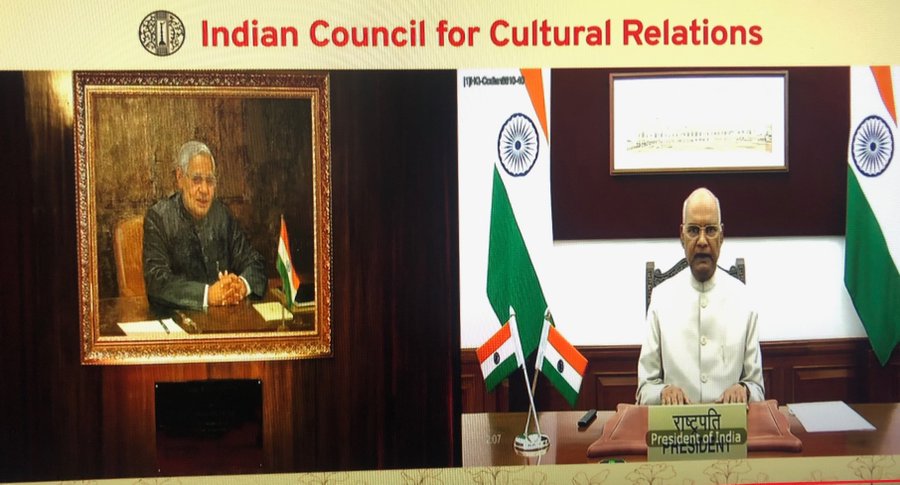 New Delhi: The President of India, Shri Ram Nath Kovind, virtually unveiled the portrait of Shri Atal Bihari Vajpayee, former Prime Minister of India today (August 16, 2020) on his second death anniversary, at the headquarters of Indian Council for Cultural Relations (ICCR). Shri Atal Bihari Vajpayee served as the ex-officio President of ICCR from March 1977 to August 1979 when he was Foreign Minister.

Speaking on the occasion, the President said that today, through this virtual ceremony, we are paying our respects to such a brilliant nationalist who created many glorious chapters in the politics of India. He said that Atal ji was always committed to liberal thinking and democratic ideals. He left indelible mark of his unique personality and contributed a great deal during his different roles as party worker, Member of Parliament, Chairman of important standing Committees of Parliament, Leader of Opposition, Foreign Minister and Prime Minister. Atal ji, by his conduct, taught all political parties and people active in public life that the national interest was always paramount.

The President said that today the whole world was in peril due to Covid-19. But he shows his confidence that after recovering from this pandemic we will move rapidly on the path of progress and prosperity and will be successful in realising Atalji’s dream of making the 21st century India’s century.

Earlier this morning, the President visited the memorial of Shri Atal Bihari Vajpayee – Sadaiv Atal to pay homage to the former Prime Minister on his second death anniversary.