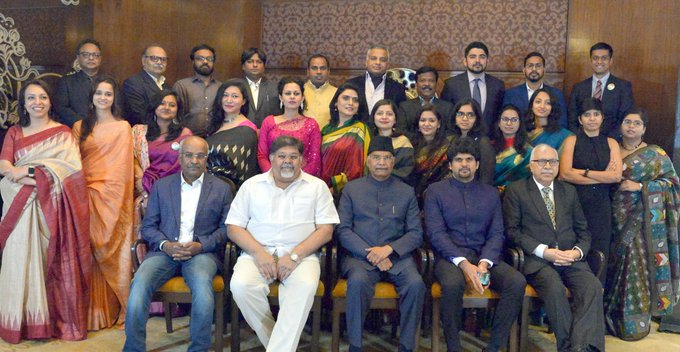 Speaking on the occasion, the President said that the Ramnath Goenka Excellence in Journalism Awards honour those journalists from print, broadcast and digital media who have maintained the highest standards of their profession and, despite immense challenges, produced work that sustains public trust in the media and impacts the lives of people. The awards are meant to felicitate those who hold their pen for truth. He congratulated all the award winners and urged them to never let go of their pursuit for truth which is the only compass for good journalism.

The President recalled magical touchstone of five Ws and H (what, when, why, where, who and how) whose answers were essential for a story to qualify as a news report. He said that in the din of the “breaking news” syndrome that has consumed the media now, this fundamental principle of restraint and responsibility has been undermined substantially. Fake news has emerged a new menace, whose purveyors proclaim themselves as journalists and taint this noble profession.

The President said that journalists tend to wear many hats in the line of their duty. These days, they often assume the role of an investigator, a prosecutor and a judge – all rolled into one. It requires a great deal of inner strength and incredible passion for journalists to play so many roles at a time to arrive at truth. Their versatility is praiseworthy. But that prompts him to ask if such a sweeping exercise of power is accompanied by genuine accountability.

The President urged all to ponder for a moment as to what Shri Ramnath Goenka would have done, had he encountered a crisis of credibility on account of paid news or fake news. He would never have allowed the situation to go adrift and initiated measures for course correction for the whole media fraternity. There is no doubt that journalism has been passing through a critical phase.

The President said that the quest for truth is difficult and easier said than done. But it must be pursued. A democracy like ours deeply relies on the uncovering of facts and a willingness to debate them. Democracy is meaningful only when the citizen is well informed. In that sense, excellence in journalism grants full meaning to democracy.

Access to the National Online Education Platform SWAYAM and other Digital Initiatives of HRD ministry has tripled in the last one week – HRD...

University News March 29, 2020 0
Each year, CASE recognizes best practices in advancement and outstanding people who contribute to the growth and understanding of the advancement profession. Belmont is categorized in...

University News March 29, 2020 0
The College of Theology and Christian Ministry is pleased to announce the 7th Annual Faith and Culture Symposium on February 3-7, 2020. The goal of...