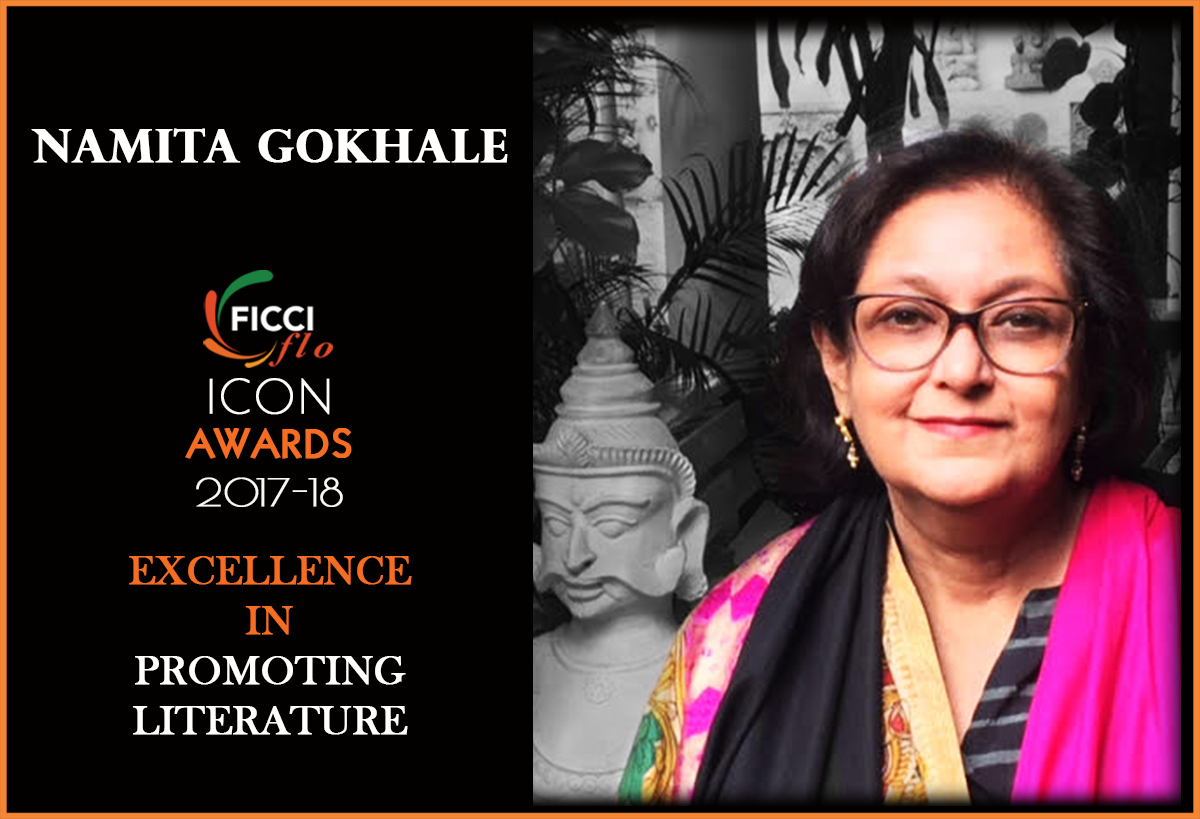 New Delhi: President Ram Nath Kovind will be the chief guest and deliver the key note address at the 34th Annual session of FICCI Ladies Organisation (FLO) the women business wing of the Federation of Indian Chambers of Commerce and Industry (FICCI) on April 5, 2018 in New Delhi. Ms Chanda Kochhar, MD & CEO of ICICI Bank will be the Guest of Honor.

, “Every year, the Annual Session is held in the month of April, culminating in review of the activities undertaken by FLO, as also the milestones achieved during the year. It brings into focus the progress made by FLO in the objectives of entrepreneurship development and professional excellence. The session is a perfect platform for sharing best practices and experiences across 15 locations pan India, in a unified effort to play a catalytic role towards women empowerment. It also marks the ushering in a new year and continuing the legacy that FLO has walked upon, in the past 34 years of its existence.” Said MS Vasvi Bharat Ram, President, FICCI Ladies Organisation (FLO)

“As women play increasingly important roles to take the country forward , FLO is best positioned to play a catalyst’s role in bringing about a positive impact. Towards this objective, the theme for the 34th Annual Session is WOMEN TRANSFORMING INDIA. “said Ms Bharat Ram .

Ms Pinky Reddy will take over as New President of FLO during the annual session.

Dr. Aarti Vij is professor of Hospital Administration of Cardiothoracic and Neurosciences Hospital at the All India Institute of Medical Sciences (AIIMS). She serves as the Head of the Organ Retrieval Banking Organisation (ORBO) at AIIMS. Dr. Aarti serves on the expert committee of the Ministry of Health and Family Welfare’s (Government of India) Organ Transplant Programme and also participates in the parliamentary committee for the amendment of the Transplantation of Human Organs Act (THOA).

Bharati Chaturvedi is an environmentalist and writer. She is the founder and director of Chintan Environmental Research and Action Group. She conceived Chintan as a partnership between the urban poor in the informal sector and people like herself (urbanites concerned about environmental justice). Bharati felt the need for a Chintan-like space because it allowed her freedom from the rhetoric of received wisdom and politically correct constructs, and the opportunity to pursue new ideas.

Chanda Kochhar is the Managing Director & CEO of ICICI Bank Limited. She is widely recognised for her role in shaping the retail banking sector in India and for her leadership of the ICICI Group, as well as her contributions to various forums in India and globally. Ms. Kochhar began her career, with the erstwhile ICICI Limited in 1984 and was elevated to the Board of Directors of ICICI Bank in 2001. She was instrumental in establishing ICICI Bank during the 1990s. In addition to her responsibilities at the ICICI Group, Ms. Kochhar is a member of the India – Japan Business Leaders Forum, the US-India CEO Forum and the Board of Trade. She is also the Deputy Chairman of the Indian Banks Association. Ms. Kochhar is the chairperson of the board of governors at IIIT Vadodara. She is also on the boards of the National Institute of Securities Markets and Institute of International Finance.

Ekta Kapoor is a television and film producer. Ekta, who is known as the ‘Queen of Soap Operas’ in India is the Joint Managing Director and Creative Director of her production company, Balaji Telefims. Kapoor gave the television entertainment a huge turn with her TV serials. Her serials were aired on many Indian channels such as Star Plus, Zee TV and Sony Entertainment Television. Kapoor started producing Bollywood movies in 2001 and also works on script writing, creative conversion and concept building. She was chosen as ‘Asia’s Most Powerful Communicators’ by Asia Week magazine.

Falguni Nayar Founder & CEO at Nykaa.com quit her 25 year career in finance to chase her dream of building India’s premier online retailer for beauty and wellness. At Kotak Investment Bank, she successfully guided the firm to be India’s leading IPO Banker and was instrumental in closing a number of successful M&A deals including sale of Hutchison to Vodafone, Bharti – Walmart JV for India Retail amongst others. At Kotak she was part of operating management committee, a small group of top management.. Currently Falguni serves on board of a number of blue chip companies including Tata Motors Limited, ACC limited and Dabur India Limited. She also served as India Advisor at Temasek, a subsidiary of Temasek Holding Singapore. She was a Founding Member of the Asia Society in India, and a Board Member with Business Standard.

Kamal Kumbhar born in Osmanabad, Maharashtra to a daily-wage labourer lived in absolute poverty. After a failed marriage, she was financially vulnerable. However, she fought against the odds to start a business venture and is now providing livelihood opportunities to thousands of women like her. Kamal started Kamal Poultry and Ekta Producer Company in 1998 with no knowledge of business or marketing, with a meagre sum of Rs 2,000. Twenty years later, the company brings in about Rs 1 lakh every month. Apart from that, she has so far mentored more than 5,000 women from her state to set up similar enterprises and become self-sufficient.

Namita Gokhale is a writer, publisher and festival director. She is the author of fourteen books, including eight works of fiction. Her debut novel, Paro: Dreams of Passion, was first published in 1984. The recent Things to Leave Behind has been described as her most ambitious novel yet. Gokhale is a founder and co-director of the ZEE Jaipur Literature Festival and Mountain Echoes, the Bhutan Literature Festival.

Born to a freedom fighter of India, Professor Ramakant Sinari, Seema grew up committed to the cause of serving her country. Pursuing an education in medicine, she certified as a doctor in conventional medicine. Rao also has an MBA in crisis management. Teaming up with her husband, Major Deepak Rao, she contributed to training 15,000 soldiers in modern close quarter battle. Rao earned her Para Wings by skydiving in the Indian Air Force course. She is a combat shooting instructor, an Army mountaineering institute HMI medalist, and a 7th degree Blackbelt in military martial arts. She has been a Mrs India World beauty pageant finalist, too.

Twinkle Khanna aka Mrs Funnybones crafts satirical stories and funny fables when she is not running a design business, selling candles or running in circles around her small family. She is the daughter of well-known actors Dimple Kapadia and the late Rajesh Khanna. Her husband is famous Bollywood actor Akshay Kumar. She won the Outlook Award in 2016 for the most inspiring woman of the year. In 1995, she made her screen debut in the film Barsaat. It fared well in the box office and she received the Filmfare Best Debut Award.

She has since appeared in films with notable roles, including Jab Pyaar Kisise Hota Hai, Baadshah and Mela. She left the film industry after her marriage to Akshay Kumar in 2001.

Indian School of Business organized the ‘India Conference on Innovation, Intellectual Property and Competition’ in Delhi