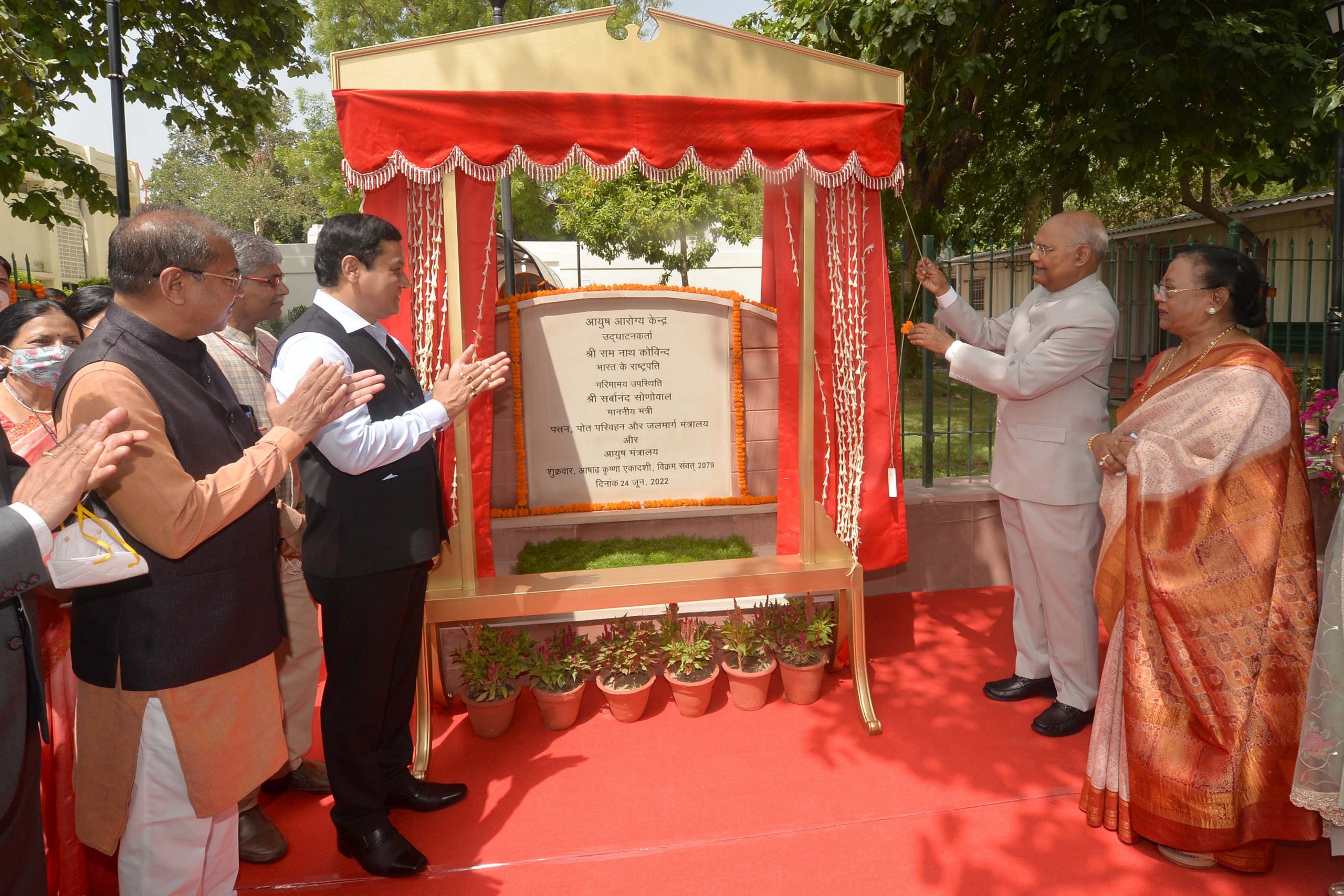 New Delhi: A book documenting the functioning and key milestone of Ayush Wellness Centre in Rastrapati Bhavan was also released

Ayush Wellness Centre (AWC) at President Estate started on 25th July 2015, as a joint initiative of the Ministry of Ayush and President Secretariat. The AWC has treatment facilities in the streams of Ayurveda, Yoga and Naturopathy, Unani, Siddha &Homeopathy, and it caters to the medical needs of the President, officials of President’s Secretariat and residents of the President’s Estate. The upgraded infrastructure along with facilities for Ayush system will follow standard protocols of treatment.

Ramesh Sippy takes over as Chairman of MESC

Ramesh Sippy takes over as Chairman of MESC